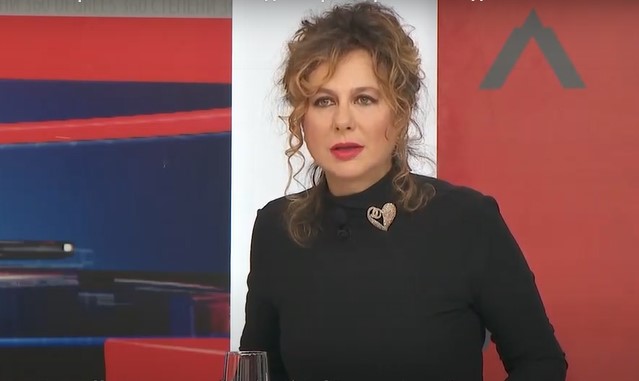 Angelka Peeva-Laurencic, co-owner and director of the agency "Image PR", in tonight's edition of "360 degrees" on Alsat TV he said that the campaigns for the upcoming local elections of the two largest political parties in the Macedonian bloc were cumbersome - not in the sense that there was not enough video, print or visual material, but that we simply saw something expected.

"Even the slogans that were placed, if you replace the emblems of the political parties, you will not notice a difference. I think they could have been more creative and more challenging towards the electorate, because the problem of both major Macedonian political parties is to get the most out of the electorate. On the other hand, they tried to make a creative approach, but insufficiently visible and insufficiently conceptually set. "For example, we saw people standing in front of a monument on October 11, but that remained unsaid, there is no whole, no beginning and no end." assesses Peeva-Laurencic.

She says that political parties subconsciously influence the electorate through the colors, slogans, the way of communication or the style of the election campaigns. Campaigns have their influence, so parties or political entities pay attention to this segment.

"If the campaigns had no impact, they would not be the main point of every election, not only in our country but everywhere in the world." The slogans, the messages you send, the way you communicate, the colors, the style and the tone have a subconscious influence on the electorate and can make a difference that can define the final election results. If the maximum is 5 percent to win or lose votes due to good or bad communication and campaign, it can be a total of 10 percent which is a nice sum at the end of each election. "That is why the parties and political entities are paying attention to that segment." says Peeva-Laurencic.

Regarding the political parties from the Albanian bloc, she says that DUI has already entered into rhetorical and provocative campaigns.

"It started with the 'Why Us?' "and continue with the same idea that is not related to visual solutions but is rhetorically placed to the public who can bring them votes."

I hear rumors that I was changed because of my brother's candidacy, says Nora Shaqiri-Markovic

Nuredini: We first asked for a plastic bag to cost ten denars, the MPs asked for 20 and we found ourselves in the middle

Family doctor does not receive money for vaccinated patients: The measure violates our dignity

Slavjanka Petrovska: It is too early for me to run for the leadership position in SDSM