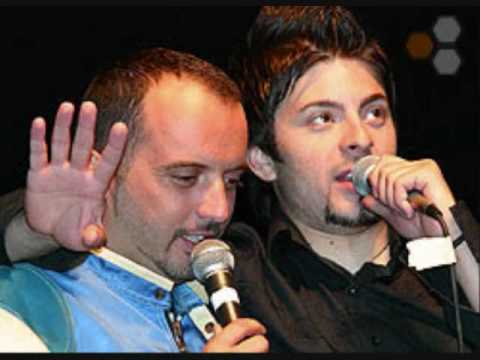 The Croatian singer Toni Cetinski he uses every opportunity to express his grief and pain over the untimely death of his great friend Tose Proeski.

Cetinski and today he remembered his dear colleague who lost his life in a car accident in 2007 in Croatia.

Tose Proeski would have turned 41 today, and on that occasion Tony publish emotional words.

"Happy Birthday Tose! Sing it and Aki again from the depths of the soul with your beautiful voices "Autumn in me". "We love you forever," he wrote Cetinski on his Instagram account.

As part of the announcement, Cetinski make a collage of your own and photos of Tose in the form of the letter "T", with another special message:

Tony in the message he also mentioned Aki Rahimovski like another friend and colleague he lost, whom he said goodbye to on Instagram three days ago.

Otherwise, Cetinski and on the day of the 14th anniversary of the death of Tose, published touching words, in which he expressed that he could not get over his beloved friend and co-worker.

"Even today, fourteen years later, it is difficult to talk about Tose, as well as the first day when it happened. Nothing is the same as his departure, and every day, month and year he misses even more, not only me, but all of us who had the privilege to know him, to hang out, to work together, to rejoice and to grieve! I sincerely believe that he went to a better world, but thanks to his deeds and primarily human virtues and modesty, he remains forever a proof and one of those who restore faith in humanity and God. I'm sure he saves us in some way and saves us for this earthly life, because he was and remains an angel of goodness. "We will love him forever, and I know everything we planned together how we will make up for it when we meet in some plan, up in space… FOREVER IN THE HEART", he announced then Cetinski.

By the way, even today, one of the biggest hits in the region is the duet they recorded Cetinski and Tose "Lagala us little."

"In honor and memory of Tose": Postage stamp on the occasion of Tose Proeski's birthday