Onishchenko for "Sloboden Pechat": I wanted to buy a bank in Macedonia, I did not meet with politicians nor did I plan a gas business 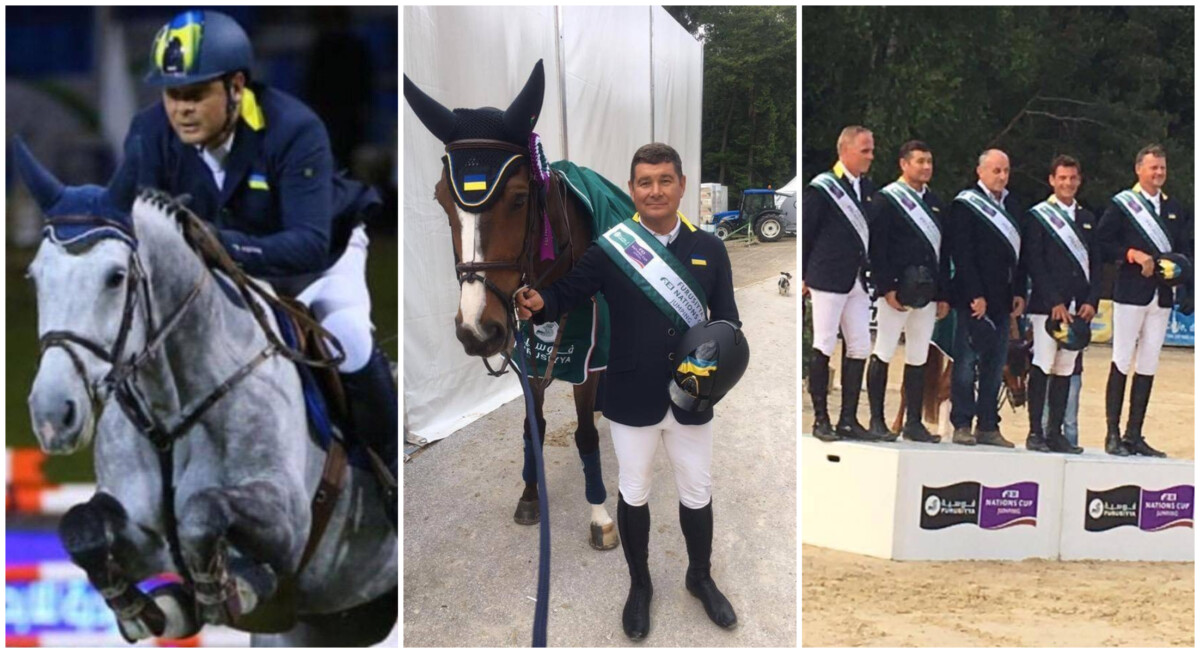 Onishchenko as a representative in equestrian sports/Photo: Personal archive

Oleksandr Onishchenko in Macedonia he never planned a gas business, nor did he negotiate with politicians about such a business, but he wanted to buy a bank, an idea he would not realize if he had citizenship revoked, he himself reveals to "Slobode Pechat".

- The Macedonian Equestrian Federation asked me to help them organize a team and buy horses. They were looking for me, and Luka Založnik called me a hundred times. I don't know any politicians in Macedonia. To have a good equestrian team, an investment of at least 2 or 3 million euros is required. So, therefore, I don't understand why I would have to pay anyone? And the Macedonian passport is no better than my Ukrainian or German one. The federation asked me and I accepted. I don't know why they make it so complicated now. The horses are mine, I sponsor. This whole scandal is instigated because they think that I will enter Macedonia and take their gas business. Tell them that I only do sports. And with investment business. Not with gas. I'm not interested in Gus anymore. They can calm down. No one else in my family received Macedonian citizenship. I will emphasize once again, this is all about sports before the Olympic Games. The rider Luka Založnik introduced me to the president of the equestrian federation. I met with a businessman with a juice business. One horse for the Olympics costs at least 1 million euros. And I have the best place in the world to train such horses in Germany. It is about a 100-hectare sports facility for horses in Herzlake where I live and where my house is, Onishchenko told us and sent us video materials from the facility located in Herzlake.

According to him, the training for the Olympic Games should have been there, without the horses crossing the Macedonian border at all, but only the representatives would go to Germany, to Onishchenko's specialized facility, to train.

- But now the government has destroyed our plans. And it was at this place in Herzlake, in Germany, that I qualified my Ukrainian team three times for the Olympic Games. That was my agreement with the Macedonian Equestrian Federation. That I would make the space in Germany available to them, the preparations had to be there. Well, that's the whole thing. I am not interested in any energy business. I had some plans to buy a bank in Macedonia, but I won't, if things continue like this. I now deal only with financial business, I no longer deal with the energy business, says Onishchenko for "Sloboden Pechat".

The government started a procedure to revoke Oleksandr Onishchenko's citizenship and passport under Article 14 of the Law on Citizenship, in which it is stated that he provided wrong documents or incorrect information. The government and the Ministry of the Interior do not answer the questions of "Sloboden Pechat" about the incorrect information or documents that he submitted with the request for Macedonian citizenship. Onishchenko, on the other hand, claims that he applied with a valid Russian passport and that there is not even an ounce of fraud in his citizenship.