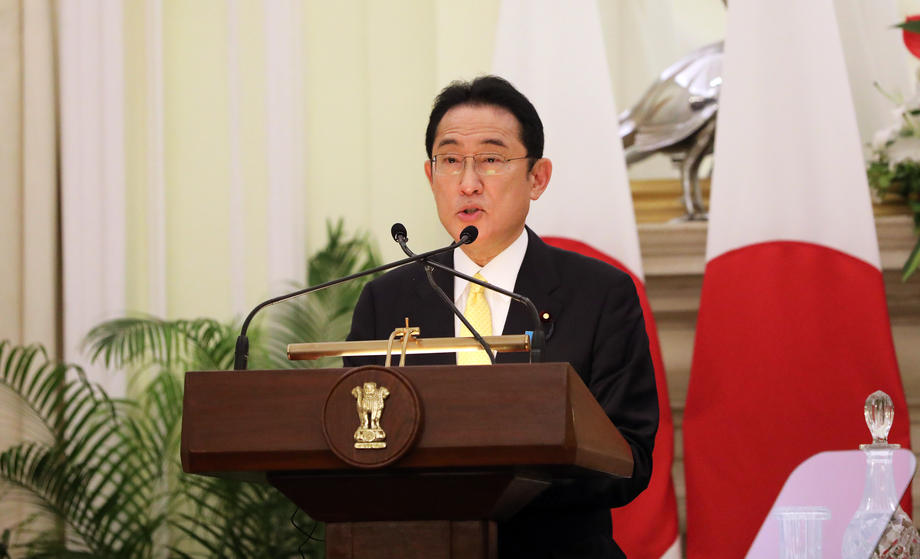 Japanese Prime Minister Fumio Kishida last night asked his government to prepare an increase in the defense budget to two percent of GDP by 2027, which is significantly more than the current one percent to which Tokyo has so far limited the military budget.

Japan is making this decision at a time when it is trying to strengthen its defense and security strategy to counter the growing threats from China and North Korea, as well as based on the new global geopolitical situation after the Russian attack on Ukraine.

Japan's defense ministry in August requested a new record annual budget of 5.590 trillion yen (39 billion euros) for the 2023/2024 fiscal year that begins in April, a two percent increase over the budget originally set for the current year.

"We will take budgetary measures to increase defense spending to two percent of GDP by 2027," Defense Minister Yasukazu Hamada told reporters after a meeting with Prime Minister Kishida.

The issue is controversial in Japan for several reasons, including the country's pacifist postwar constitution that limits the military capabilities of the Japanese army. According to local media, one of the purposes of the additional spending will be to provide a "counterattack" capability with weapons that can target enemy launch sites, activities that Tokyo characterizes as defensive.

According to a poll conducted yesterday by the news agency "Kyodo", more than 60 percent of Japanese people view the provision of counterattack facilities positively. The other contentious issue has to do with financing additional military spending, as tax increases are unpopular, including in Prime Minister Kishida's Liberal Democratic Party.

His government is already facing high costs related to the aging population, the pandemic and the war in Ukraine. According to Kyodo, a third of Japanese people support cuts in other budget sectors to finance the increase in defense spending.