Former player of the French team Alain Port says: It is best for Nim to be prepared for the worst in Bitola 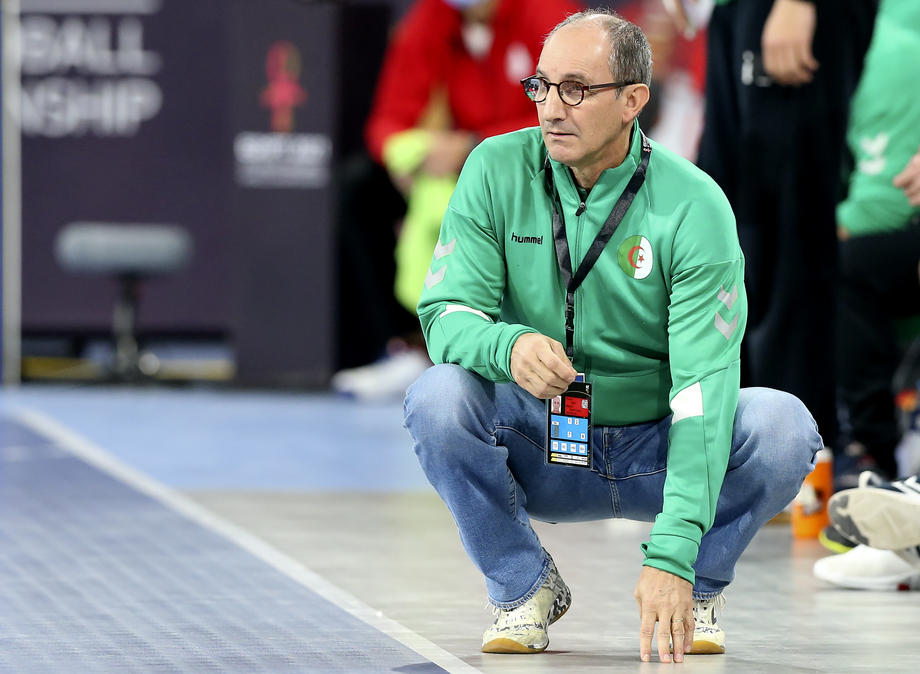 Alan Port with the team of Nimes visited Bitola in 1987 and still remembers the hot atmosphere / photo: EPA-EFE / Khaled Elfiqi

The former player of Nimes, and the current coach of Algeria, warns the handball players of this club before the visit to Bitola at Europharm Pelister. Port (59) remembers the hot atmosphere in the hall in Bitola in 1987 when this club played with Pelister in the EHF Cup, and the French had a huge pressure from the stands.

Europharm Pelister on Tuesday (20.45) in its hall "Boro Curlevski" plays the first match of the European League within the first round of the group stage, and its opponent is the French club Nimes.

Algerian coach Alain Port, a former Nimes player who played in the match against Pelister in 1987, recalls the atmosphere in the stands in Bitola at the time and warns the players of the French team that they will have pressure in the Bitola hall.

- It is the hottest visit I can remember in Nimes jersey. They screamed at us from the stands, threw metal coins and lighters at us. "Hot" stands must expect from them. Better to prepare for the worst and things to go well, than the opposite - Port told the Middle East newspaper.

Port played for Nimes from 1982 to 1994. In the 1987/1988 season, according to "babambitola.mk", Pelister appeared on the European stage for the second time. In the eighth finals of the EHF Cup, Pelister then beat Nimes 28-23 in Bitola, and the French won at home 21-16. The total score was 44-44, but with more goals scored away, the French eliminated our team. It was the first time a French team eliminated a Yugoslav team in the European Cups (it happened during the SFRY), writes "midilibr".

Europharm Pelister entered the group stage of the Europa League directly this season, while Nimes had to go through a qualifying round in which it eliminated the Russian CSKA. They had a long journey to Bitola in which he changed two airlines and two buses, and according to the newspaper, he was very well received in Bitola.

- We are expecting a hot match. We are confident in ourselves and we believe that we can place in one of the first two places in the group - said Frank Morris, Nimes coach.