Pendarovski: I spoke with Macron, the modified French proposal is far better for us 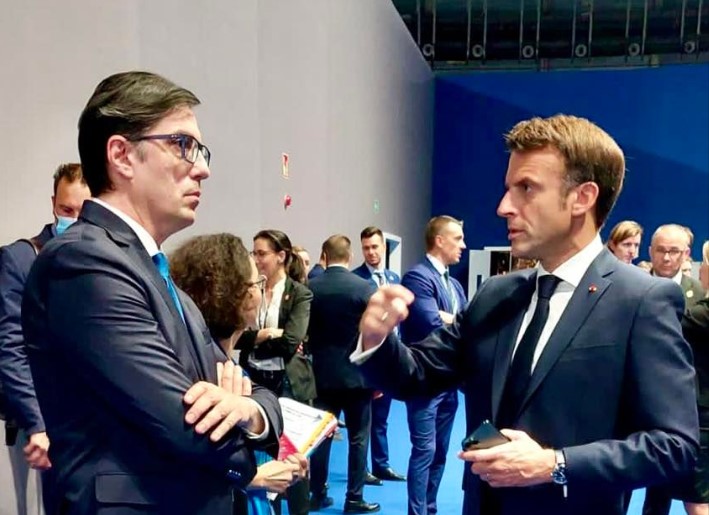 "President Macron told me today that they would make modifications to the French proposal. In two or three places there are modifications in consultation with both parties. No one can speak on behalf of an entire nation, there are competent institutions, we are not a third world country. "We must now communicate this first in the Government, with the Macedonian public and Parliament," said President Stevo Pendarovski after today in our Government through the Macedonian Ministry of Foreign Affairs an official French proposal arrived for resolving the dispute between Macedonia and Bulgaria and lifting the blockade for starting negotiations with the EU.

Pendarovski said that, like Prime Minister Dimitar Kovacevski and the Bulgarian side, he had seen the modified proposal.

- The political situation in Sofia is a bit chaotic, there is no government there. The modified French proposal is far better for us than the previous one. Is that good enough, for now I will refrain, because I want it to pass a wider round of consultations. On the recommendation of our allies not to jeopardize the sensitivity of the process. We want to make an agreement that will last. We must have in hand a guarantee for the Macedonian identity and that language and nation will never be mentioned anywhere. "If we do not receive that as a guarantee from the EU, we can not enter the process further," Pendarovski told Sitel TV.

Petrovska: For thirty years, we have been dedicatedly pushing the boundaries of the impossible

Kovachevski: We proudly and with dignity celebrate the 30th anniversary of the Army