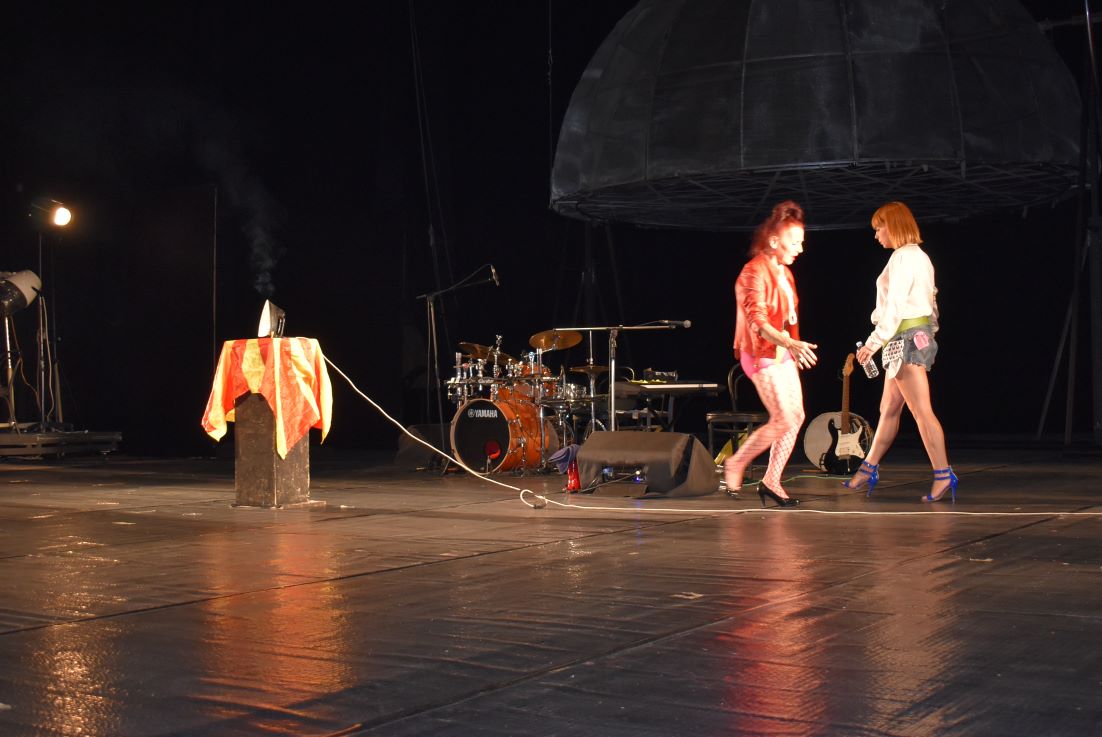 The curtain on the 29th edition of the International Chamber Theater Festival "Risto Shishkov", which traditionally begins on Independence Day, tonight in Strumica was raised by actors from the National Theater in Bitola, with the play "History of motherfuckers", based on "Coriolanus" by William Shakespeare. This is an author project by Andras Urban.

After them, the actors from the Stip theater will be presented with "Wings" by Arthur Kopit, directed by Nikola Ristov.

The festival was declared open by the Mayor of Strumica, Kosta Janevski.

- Let us congratulate the three decades of Macedonian independence and let us have the eternal Republic of Northern Macedonia. At the same time, let us be lucky with the Strumica theatrical existence of the festival, which bears the name of the bard of the Macedonian theater - Risto Shishkov, where actors from different countries will put their stage play on a pedestal, said Mayor Janevski.

In the six days of the festival, ten plays from theaters from Bulgaria, Croatia, Serbia and Northern Macedonia will be performed with the participation of thirty actors, who will prove themselves with their acting for the only award for high acting achievement "Risto Shishkov". The award consists of a gold medallion with the image of the patron of the festival-actor Risto Shishkov and a cash prize in the amount of 1.500 euros.

- This year the festival is more comprehensive, very international with performances from abroad. Last year we had to cope with a pandemic year and we were limited, but maybe now it is more exciting than last year. The task is that we have her as a jury, she has a great responsibility, said the actress Peshevska.

The festival is held in the Cultural Center "Anton Panov" in Strumica with respect to the covid protocols and with fullness of up to 30 percent of capacity.

In the race for an Oscar: "Sisters" by Dina Duma will be the Macedonian candidate for this prestigious film award

VIDEO | Bedia Begovska: The beauty and curse of acting is that you always start from the beginning