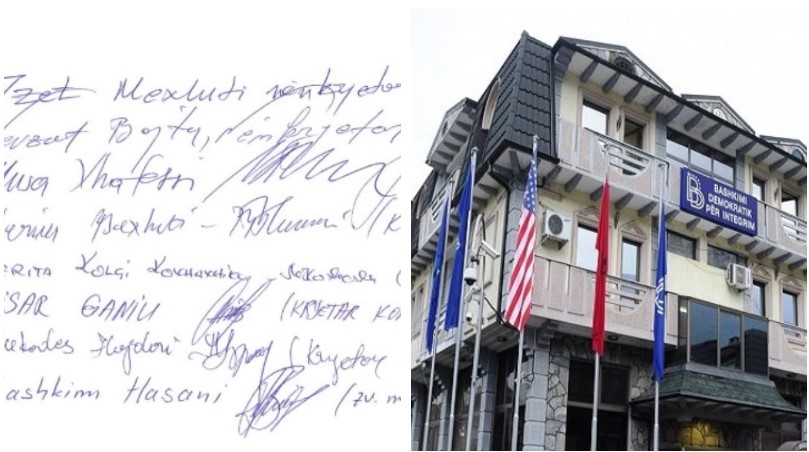 The group of current and former officials of the party includes the vice-president of DUI, Izet Majiti and the former vice-prime minister, Moussa Xhaferi.

Long-time members and officials of DUI, who call themselves the "Fire Group", composed of former ministers and current MPs and mayors, have written a letter to the party's leadership, in which they demand that the "war" in the party stop, certain officials from the executive authorities to bear responsibility, and the leader Ali Ahmeti to commit and help preserve party unity, TV21 reported.

Among the signatories of the letter are: Izet Medziti (MP and vice-president of DUI), Blerim Bexheti (mayor of Saraj), Visar Ganiu mayor of Chair, Merita Kojadziku (Member of Parliament), Nevzat Beita (former minister and mayor of Gostivar) and Musa Xhaferi (former Deputy Prime Minister), as well as the current Deputy Minister of Defense, Bashkim Hasani.

The letter states that, taking into account the organizational situation created within DUI over a period of two years, the signatories are obliged to "raise their voices and react to what they created with their soul, i.e. the Democratic Union for Integration, to return it to the position as it developed for 18 years."

"The Democratic Union for Integration is not just a political party, but DUI is a value, which for 18 years protected and promoted the rights of Albanians, an open family with internal consultations, without individual privileges, with statutory bodies and with continuous growth of the electorate. As such, we must return it to where it belongs," they say.

In the letter, they demand: a political debate within the party to overcome this situation, responsibility and accountability from the holders of the executive power, they appeal to stop the internal political "war" in the party, they call on the membership and party structures to engage in avoiding and overcoming of these phenomena and this situation, they demand from the president of the DUI, Ali Ahmeti, to use his political and statutory authority to find a solution to preserve party unity.