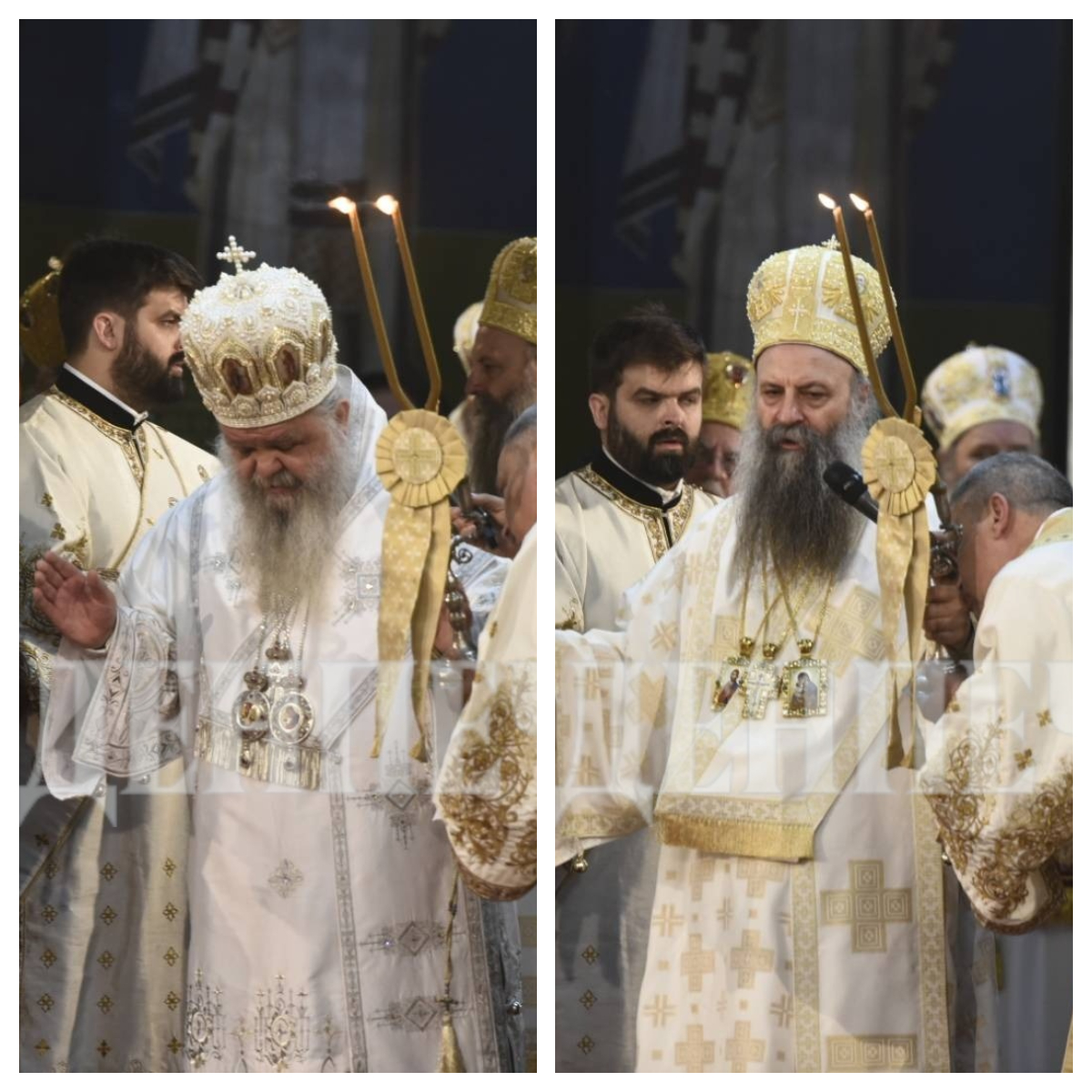 In the cathedral "Saint Clement of Ohrid ”in Skopje It's taking place divine liturgy with which they officiate the head of MOC-OA gg Stefan and the Serbian Patriarch gg Porphyry. In addition to the metropolitans of the MOC-OA, there are also four metropolitans of the SOC in the temple.

Besides the large number of believers of different ages, there are also representatives of the Catholic Church in the country, a large number of monks. Believers from other cities also came in an organized manner.

According to church sources from the MOC-OA, the reconciliation of the two sister churches is very important, and this event that is happening today in our country is assessed as an act of Christian love. It is important to know that this is just the beginning of the process of acquiring Tomos for autocephaly, which the two sister churches expect to be conferred by the Ecumenical Patriarch Bartholomew.

This event came as a result of the decision of the Ecumenical Patriarch of May 9, 2022, to return our Church in canonical unity to the other Orthodox Churches. The process started about five years ago, with a series of negotiations that took place between MOC - OA and the Ecumenical Patriarchate, and the decision to return to unity was contributed by former Prime Minister Zoran Zaev, but also current Prime Minister Dimitar Kovacevski and President Stevo Pendarovski.

It is known that the Ecumenical Patriarch Bartholomew in February 2022 sent a letter to the SOC with an appeal to resolve the process with the MOC - OA.

The joint communion of the two leaders comes after overcoming the 55-year-old schism between the SOC and the MOC-OA and the resumption of the canonical and Eucharistic communion, after the Ecumenical Patriarchate decided to recognize the MOC-OA as a canonical church.

Earlier, on May 19, the two chiefs served a joint hierarchical liturgy of reconciliation at the Cathedral of St. Sava in Belgrade, at the invitation of Serbian Patriarch Porphyry. This was followed by an invitation from the Archbishop of Ohrid and Macedonia gg. Stefan, for a joint liturgy in the church "St. Kliment Ohridski ”in Skopje on the Day of the All-Slavic educators, the holy co-apostles Cyril and Methodius.

The joint liturgy is part of the canonical visit of a delegation of the Serbian Orthodox Church, led by Patriarch Porphyry, who arrived in Skopje yesterday. The delegation consists of twenty people, including eight bishops of the SOC.