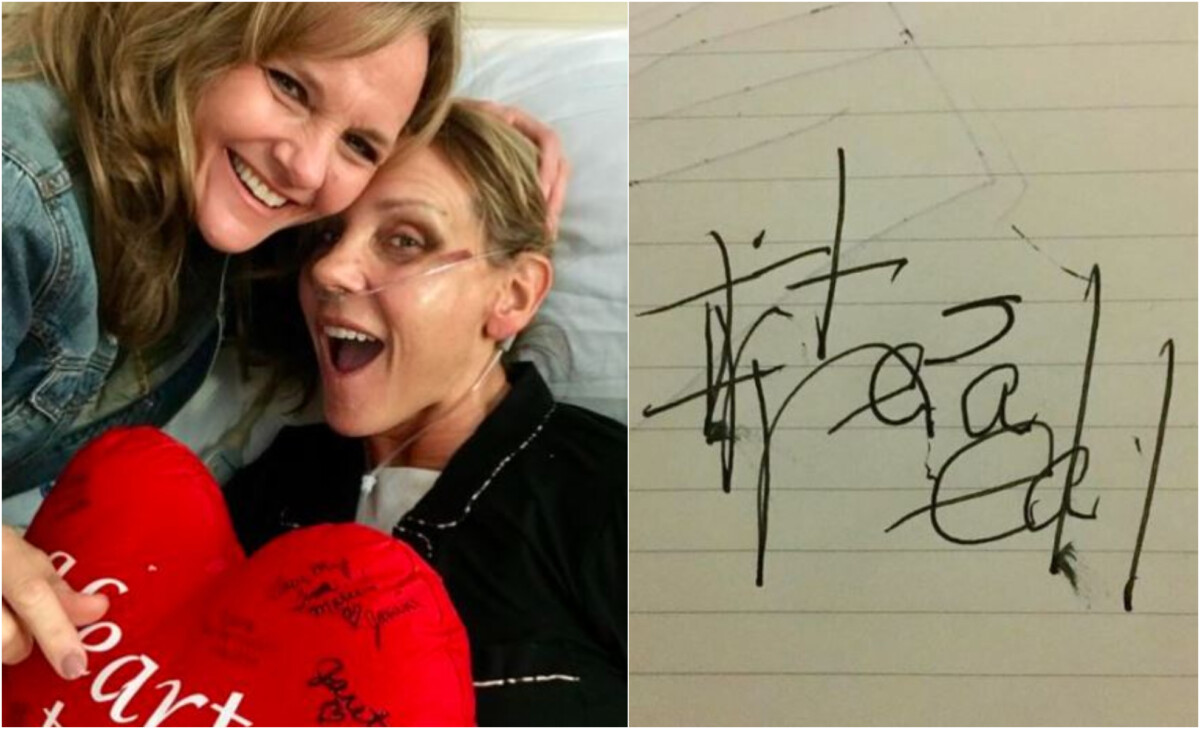 After the heart attack, doctors managed to revive Tina, who was clinically dead for 27 minutes, and now she has described the experience in detail.

Tina Hines, a mother of four, suffered a heart attack in 2018 while hiking with her husband. Then she suddenly collapsed, and her husband, waiting for the ambulance, managed to revive her once.

Despite that, Tina fell unconscious again, and doctors resuscitated her six times. She was without a pulse for exactly 27 minutes, after which she was intubated at the hospital. She could not speak, and when the situation stabilized she asked for a pen and paper to write something.

"Everything is real", was her message which she still keeps today.

Tina says today that she was convinced that she spent those 27 minutes in heaven, and the message refers to the moment of clinical death.

"It was completely palpable, the colors were so vivid," she said, adding that in that paradise she saw Jesus as he stands in front of a large black door behind which a yellow glow is visible.

When in the hospital, after she wrote the message, family members asked her what she was actually writing about, she pointed her head upwards.

The story of this woman, who has been involved in motivational speaking since this miraculous event, was first published by her cousin. She has a message tattooed on her arm, written by her aunt.

“My Aunt Tina, one of the most amazing, picky and healthy people I know, had an unexpected heart attack. She was put on a defibrillator and after she miraculously woke up, the first thing she did, because she couldn't speak because she was intubated, was look for a pen and write in my cousin's journal, 'It's real,' she wrote.

The woman who did her tattoo shared this story on social media, and then comments started pouring in from people who had apparently similar experiences.

"I saw that." The best feeling in the world. I was in a warm, bright and beautiful place. I was trying to reach one of the people in front of me. "I wanted to get to them so bad, but I guess it wasn't my time to stay," one user wrote.

Meet the five most attractive signs of the Zodiac: Are you one of them?

VIDEO | Saves a life: The mystery of why the hole in the pen cap exists!

"Cheap and urgent, due to divorce and earnings!": A witty advertisement for an apartment in Skopje made everyone who read it laugh

PHOTO | "The sounds of the heart": A special cafe in Belgrade employs people with special needs

She beat cancer, now designs beautiful bras for women who have had breast cancer