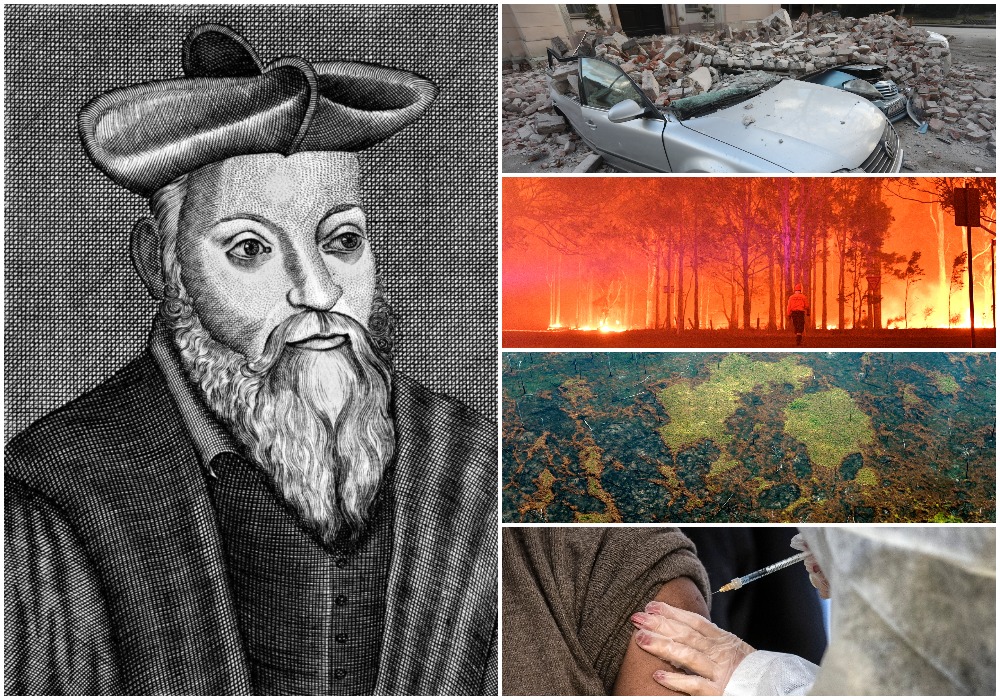 The French prophet Nostradamus is the author of one of the most famous books on prophecy in the world.

Nostradamus its alleged prophecies wrote them in the form of mystical metaphors, and most are published in the book Les Propheties in 1555.

A lot interpretations of records of Nostradamus have shown that they will happen this year major fires and earthquakes. Normally, Greece, Turkey, Croatia, Portugal, Spain, the Netherlands, France and Germany are mentioned here.

Fires have already occurred in large numbers around the world, especially in Australia where they raged for months and took many lives and destroyed much of the flora and fauna.

But fires also occurred in Amazon where burned almost a third of "lungs" of the world. The Amazon rainforest has been ravaged, just as its prophecies have been.

Destructive earthquake recently covered and Turkey and Greece, and from the strong earthquake in Izmir several buildings also collapsed.

Today, strong earthquake, with a magnitude of 6,3 on the Richter scale hit it Petrinja area in Croatia, and the earthquake was also felt in Srbiјa. The center of Petrinja was completely demolished, thus confirming another prophecy of Nostradamus.

Nostradamus during his lifetime (1503-1566) predicted and the onset of a coronavirus epidemic in the world, what exactly do his following words say:

"The year of the twins (2020) will come in which a 'queen' will appear who will come from the east and will spread the plague literally overnight across the planet with 7 hills, will change people and will try to destroy the world. "It's going to be the end of the world economy as you know it.", wrote Nostradamus.

His interpreters today claim that it is sign of coronavirus onset, explaining that The term "queen" refers to the "crown", that is, Covid-19, which literally changed the world and caused huge economic and life disasters to every part of the country.