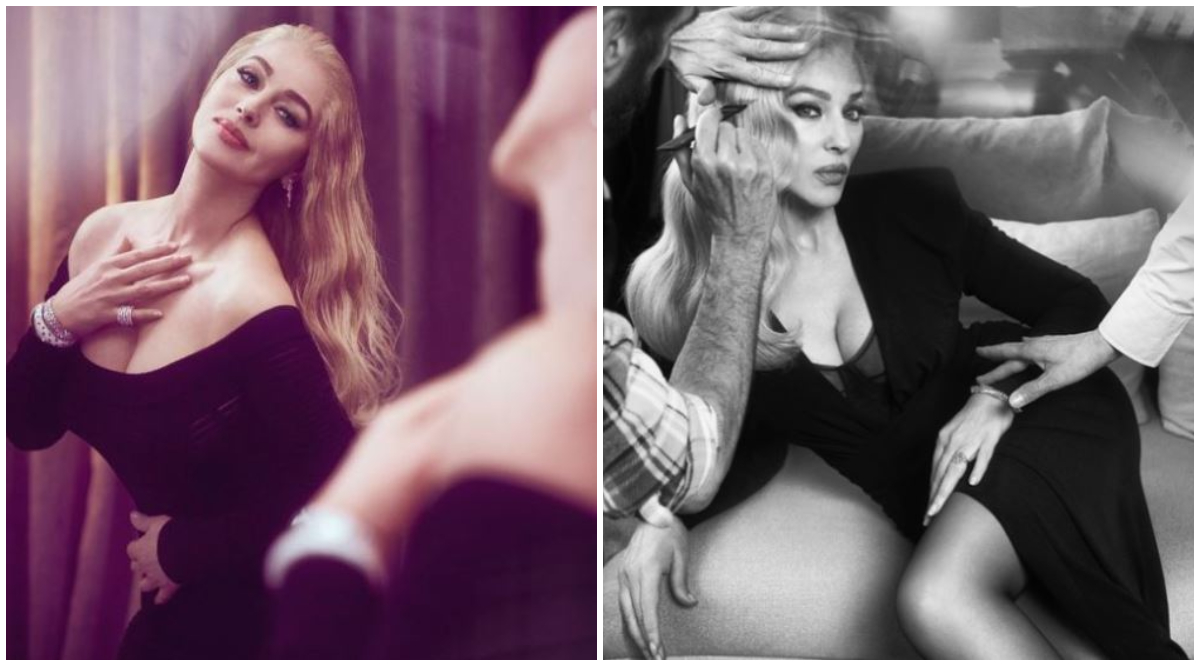 Monica Bellucci graced the cover of the French magazine "Madame Figaro", and her transformation for the purposes of shooting the editorial attracted considerable attention because the actress replaced the recognizable dark hair with blue.

The photos are inspired by the cult movie "La dolce Vita", and Bellucci should be reminiscent of the legendary Anita Ekberg who played Sylvia in the film.

To achieve that effect, hairdresser John Nolet created a special blue wig for the needs of the photo session. It was also revealed that he spent a month on it.

Monica posed in dresses made of white chiffon, lace and black velvet, and to look more like Ekberg, she wears blue lenses.

Although the transformation surprised many, Monica as a blonde is not a completely new phenomenon. She recently starred in "The Man Who Sold His Sking", and wore a blue wig in the series "Ten Percent".

"Anyway, I love the transformation, that's my job," she told the magazine.

Bellucci also spoke about her age, but also about the actress who tried to embody her for the needs of the photo session.

"My years opened the door for me, they allowed me to take on new, more diverse roles. "In Anita's time, I simply would not have had the chance to work," she said.