Zverev: Novak will win the calendar slam, he is the best of all time 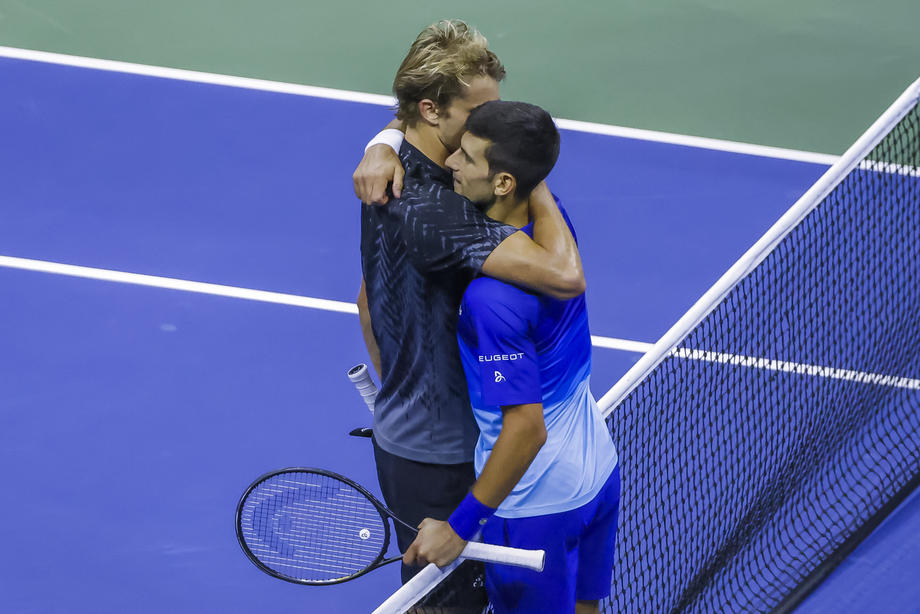 Alexander Zverev is convinced that Novak Djokovic will reach a calendar slam on Sunday, ie he will celebrate in the final of the US Open and will become the first tennis player, after Rod Laver from 1969 who triumphed in all four Grand Slam tournaments in one year.

To be honest, I'm a little disappointed with the way I started the fifth set. Besides, this was a good match, and we both gave our best. At Novak's second break in the fifth set, it was funny how unlucky I was. But it also happens. Novak is the best with a reason and he showed that in the semifinals - Zverev said at the press conference after the match.

The German tennis player believes that Djokovic will be able to beat Danil Medvedev in the final and win the calendar slam.

It's great for sports. No one believed that anyone would be able to repeat what Rod Laver did. Novak has a chance on Sunday and I believe he will succeed. He broke all existing records. If you look at the statistics, look at the game - it's the best of all time. No one can compare to him, he has been the number one tennis player in the world for the most weeks, he has won the most Masters, and he will probably have won the most Grand Slam tournaments, and now he has a chance to win the four biggest tournaments in one year. What can be compared to that? -  said Zverev.