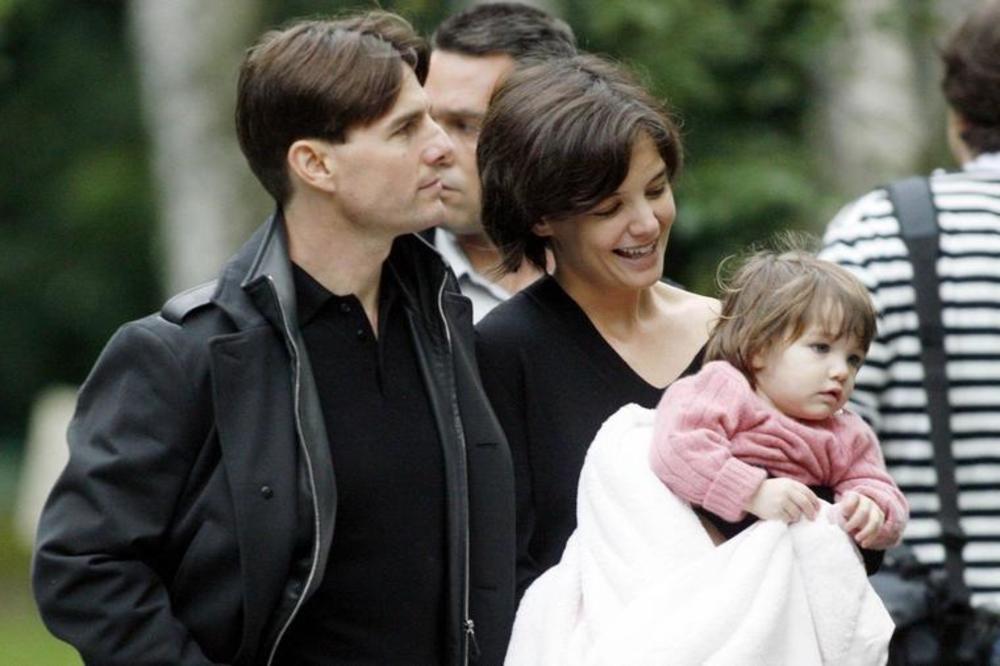 Although various theories circulated in the media for years as to why Tom gave up custody of the girl so quickly, according to Entertainment Times the real reason for the actor's decision is related to his religion.

Namely, when the former couple announced their divorce, to the surprise of many, a custody agreement was reached for Suri in less than a week, and then, without drama and media fights, they agreed to have joint custody. However, shortly after that, Katie moved to New York with her daughter, and since then, the little girl and her father have lost contact.

According to the mentioned portal, the reason for Tom's lack of interest and "raising his hands" from his daughter lies in the fact that he is a member of the Church of Scientology, which forbids his contacts with the girl all these years, because she is not a member of the same church.

Although the church itself denied, in one of the interviews, the actor admitted that his ex-wife filed for divorce because she was afraid of it - that he, with the Church of Scientology, would have too much influence on their daughter, because his two older children, the daughter Isabella and her son Connor, who were adopted while married to Nicole Kidman, are also members of the church.

PHOTO | Madly in love: Zoe Kravitz and Channing Tatum enjoy the island of Ponza in Italy

Ezra Miller goes to treatment: Sorry for everything

Genes are a miracle: Reese Witherspoon's daughter is a copy of her famous mother

VIDEO+PHOTO | Lila as Marilyn Monroe at the wedding of Vaska Jankovska's son: The legendary "Erdelezi" was sung