Why are volcanic ash clouds so dangerous for airplanes? 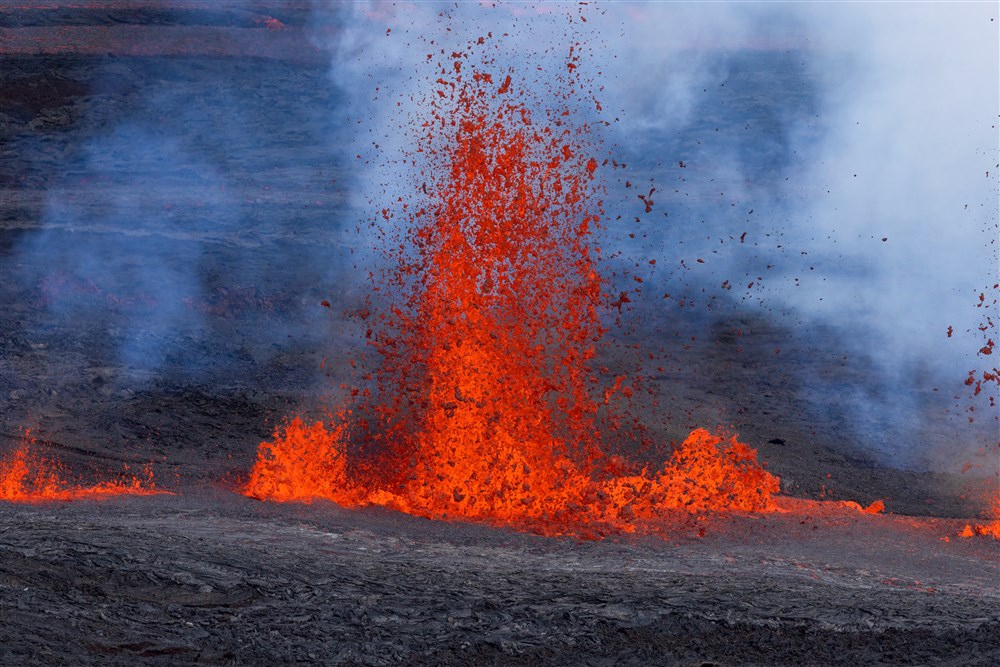 The U.S. Department of Transportation advises passengers on flights to Hilo and Ellison Onizuka Kona International Airports in Hawaii to check with their airlines before departure about the volcanic eruption situation at Mauna Loa. Mauna Loa is the largest active volcano in the world, and yesterday its first eruption occurred in almost four decades, it is written CNN.

The US Federal Aviation Administration said it was closely monitoring the volcanic eruption and would issue warnings once the size of the ash cloud was determined. Volcanic ash clouds are a serious threat to aviation, as they reduce visibility, damage equipment and ultimately cause engine failure.

Aircraft "encounters" with volcanic ash can happen because ash clouds are difficult to distinguish from ordinary clouds, both visually and on radar, the US Geological Survey points out. Ash clouds can also travel great distances from their source. In 2010, a volcanic eruption in Iceland spewed a huge ash cloud across the Atlantic, causing massive air traffic disruptions across Western Europe. Following this crisis, international aviation regulatory bodies introduced new risk management guidelines for flight safety and volcanic ash.

UPDATE: View from Saddle Road of lava from Mauna Loa volcano eruption as of 1:30 am — Hawaii County Civil Defense working to confirm if any lava has flowed outside the summit caldera (pics: @ KITV4 viewer AJ Taaca) pic.twitter.com/dN5reiq4PW

In response to the Icelandic crisis, European aircraft manufacturer Airbus stated in its operational guidelines that flying through the ash cloud should be avoided at all costs. Airbus said experience had shown that costly damage to aircraft surfaces and propulsion devices could occur, while ventilation, hydraulic, electronic and flight data systems could also be contaminated.

The suction of volcanic ash into engines is critical and can cause severe engine performance degradation due to erosion of moving parts and partial or complete blockage of fuel injectors.

Volcanic ash contains particles whose melting point is below the engine's internal temperature. During flight, these particles will melt immediately if they pass through the engine. Passing through the turbine, the molten matter cools rapidly, sticks to the turbine blades and obstructs the flow of high-pressure combustion gases. In the worst case, this flow disturbance can shut down the engine.

Every year, millions of travelers fly over volcanically active regions such as Iceland and the North Pacific. There are an estimated 1350 potentially active volcanoes in the world, of which 161 are in the United States and its territories.

Because weather radar is not effective at detecting volcanic ash clouds, pilots rely on forecasts of volcanic eruptions along their flights. There are nine Volcanic Ash Advisory Centers (VAACs) around the world established by international organizations to provide expert advice to national meteorological agencies on the location and expected movement of volcanic ash clouds.

In April 1982, British Airways Flight 009 en route to Auckland from London encountered a cloud of dust and ash thrown up by the eruption of Mount Galunggung on the Indonesian island of Java, resulting in the failure of all four engines.

Fortunately, the pilots were able to extricate the Boeing 747-200 from the ash cloud and restart three engines, which was enough for a safe landing in Jakarta. .

The event was also remembered for the announcement of the "calm" captain of the plane, Eric Moody, who told the passengers: "Ladies and gentlemen, this is the captain. We have a little problem. All four engines are shut down. We are doing everything to get them back up and running. I trust you are not in too much trouble.'

In December 1989, KLM Flight 867 en route to Anchorage, Alaska from Amsterdam encountered a normal-looking cloud that turned out to be a volcanic ash cloud – the result of the eruption of Mount Redoubt, a volcano in the Aleutian Islands.

The pilots increased engine power in an attempt to break out of the cloud, but all four engines of the Boeing 747-400 soon failed, as did the electrical system. Fortunately, the crew was eventually able to restart two engines, allowing the airliner to land safely in Anchorage, despite extensive damage to the windshield, internal aircraft systems, avionics and electronics.

Almost eight million people have left Ukraine, according to the UN

VIDEO | Over 15 dead in massive landslides in Peru

Every third school in the world does not have access to drinking water, according to UNESCO

L'Oréal won about 60 lawsuits in the Federal Court in Chicago