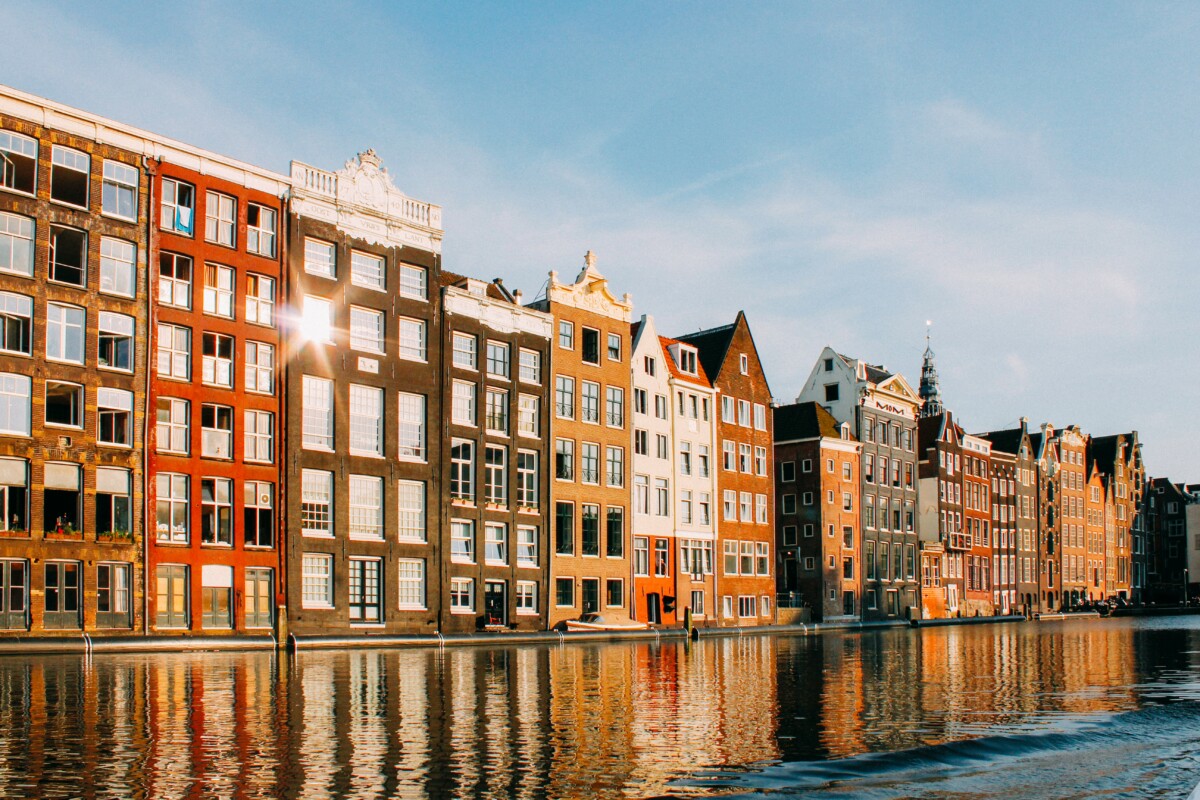 The Dutch are known as very friendly people and health, safety and general satisfaction are the priorities followed in this country. Also, their culture is described as extremely liberal and open, and taboo topics are unknown.

If you have ever visited the land of tulips and windmills, you must have felt the described atmosphere, as well as experienced that its inhabitants have no problem sharing their privacy.

One of the indicators of the above is unusual – in the Netherlands you will rarely see curtains on a window.

Dutch architecture and residential buildings are usually the first reason to amaze visitors. All the buildings are visually similar, very narrow and tall, and the dominant materials are brick and wood.

Once upon a time, the state taxed buildings according to their width, and the Dutch managed to build their real estate higher, in order to pay lower taxes.

So, for example, while walking along the canals of Amsterdam, you will also walk through narrow, tall, connected houses with up to five stories and three narrow windows per floor.

They have nothing to hide

Walking through the streets of Dutch cities, especially at night, you will be able to peek into other people's homes and see their interior. For the Dutch it is not unusual, on the contrary, it is desirable.

The accepted explanation for this phenomenon dates back to the Middle Ages, from Calvinism, a branch of Protestantism, which dictates that honest citizens have nothing to hide, and window curtains may suggest the opposite. The Dutch adhere to this, who believe that a free view of their home proves that they have no secrets.

Undoubtedly, the most popular myth dates back to a time when men spent a lot of time at sea, away from home and away from their wives. Through the open curtains, their single ladies ensured that they were not doing anything "wrong" while their men were away. Drawn curtains invited suspicion, while open curtains kept out any harmful gossip.

There is also a story that they don't put curtains on the windows because they want to show others how rich they are, and they consider the home to be a consistent presentation of that.

Trends in interior design certainly change, so today there are some windows with curtains, but in general this unusual rule has remained an interesting tradition.

Constantly receives requests for financial assistance: An Indian man has a lottery win

It's cold for beer: Mulled wine will be served at this year's Oktoberfest

VIDEO | Research: Babies in the womb react to certain tastes and smells