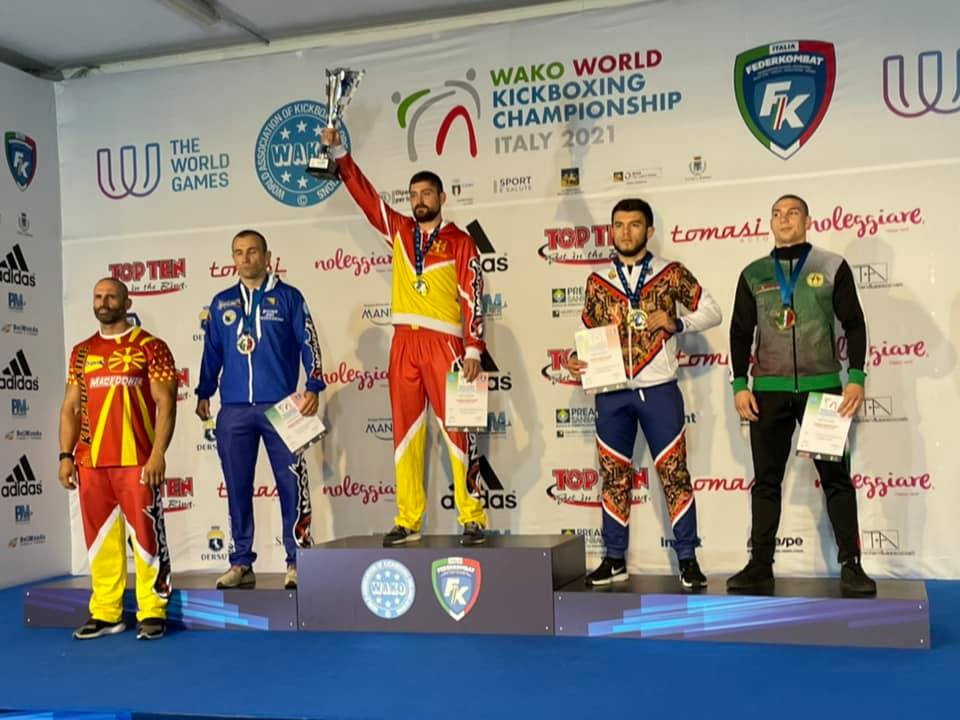 Dimitar Gjorgjiev won the kickboxing championship for the fourth time. The best Macedonian kickboxer after the world titles in 2011, 2013 and 2015 in the discipline kick-light, yesterday won the gold medal at the WC held in Italy and in the discipline low-kick.

After winning the gold medal, Gjorgiev said that he is proud and grateful to all his supporters in his career.

"Gold is home again м I want to thank all the people who sincerely rejoiced at this victory of ours !!! Thanks to my family, to my girlfriend who has to put up with me, all my engagements, all my supporters throughout my career and my team from KBK Rabotnicki Adora and VAKO Macedonia. "We may be a small country, but we have proved again that we have the biggest heart!" Gjorgjiev wrote on social networks.

Dimitar Gjorgjiev is a world kickboxing champion for the fourth time