The living will envy the dead 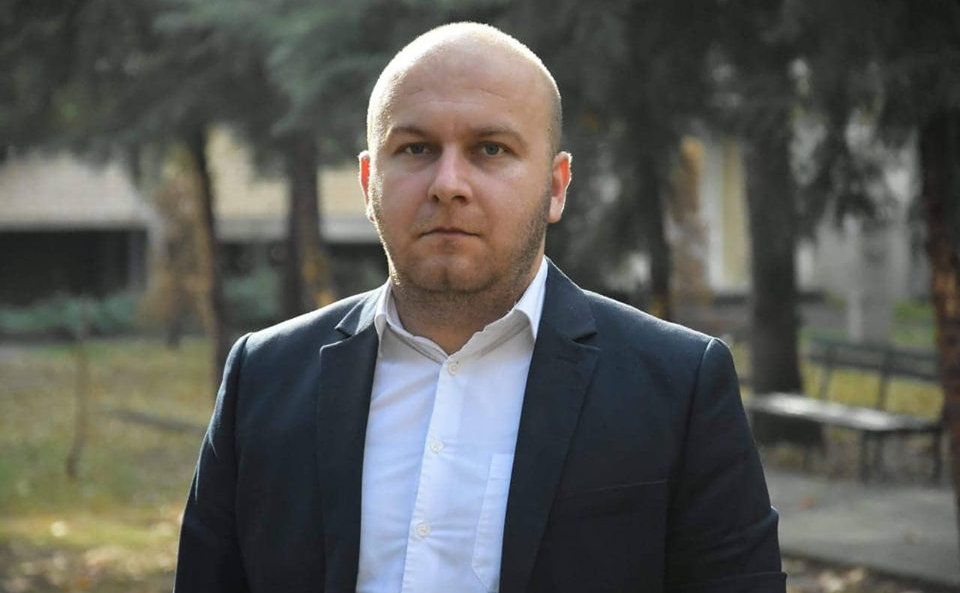 Do you need to surrender to those who are stronger, more powerful, more ready than you, even when they have invaded your right to life, your right to existence and existence? Who want to conquer your soul? Not at all, not even under miscellaneous. The courage of Ukrainians and Iranian women reminds us that man will always fight for freedom as the highest value of his existence, even if that freedom cost him his life.

In the biggest world crisis after the end of the Second World War, the events related to the Cuban tensions, when the USA and the USSR, as the two most powerful military powers, plunged humanity into the threat of a nuclear collision, probably only the composure and awareness of the leaders of these powers led to so much normalizing the situation and avoiding the Armageddon collision that could have meant the end of the known humanity as such. Against the backdrop of that crisis, the famous Soviet leader Nikita Khrushchev later commented on those events and made the famous statement: "If we used nuclear warheads, then the living would envy the dead."

This lucid and ironic statement, unfortunately, still holds true today, seven decades later, and three decades after the fall of the Berlin Wall, which brought about the collapse of the mighty Soviet Union, when we all thought that the use of nuclear weapons was more in the realm of science. fiction, rather than a real threat to be feared. But no! The Russian military aggression against Ukraine, the unpredictable character of the Russian president, his benevolent threat with the use of nuclear weapons, gives us the knowledge and meaning that nuclear weapons are not only weapons for psychologically powerful armaments of the great powers, but that indeed once, somewhere and somehow may be used.

Military experts and conventional weapons experts say that today's nuclear warheads are many times more destructive than those that the Americans dropped and used on Japan at the end of the war, that is, they destroyed the Japanese cities of Hiroshima and Nagasaki. From the terrible pictures that we see today in the history textbooks about how these cities looked immediately after the nuclear disaster, we should have the right to shiver, if today someone decides to press the button for (self)destruction.

The world leaders of the largest and most militarily armed states are responsible not only for their (military) actions, but also for what they say. The intolerable ease with which he uses threatening rhetoric about the use of nuclear weapons tells us that we are dealing with a man who, to say the least, has lost touch with reality. After all, every dictator throughout history who has unlimited power ended up like that - tragically. Surrounded by a few who fear their shadow and not their actions, both Hitler and Napoleon, today and Putin considered themselves demigods whom no one could do anything to. What is it in human psychology that repeats itself throughout the history of mankind - that the unlimited ruler does the same things, whether it is in antiquity, the Middle Ages or in today's modern times, I don't know, but it is proof that there is something negative in the cerebral cortex , vile and evil, that drives and fulfills you to be a totalitarian dictator. People are essentially self-centered, they want to be always right, they never want to be criticized, and self-criticism is out of the question.

It is amazing how much we have changed in our genotype to change our characters and our social behavior to make the world a better place to live. The images that we see today with our own eyes from Ukraine, not believing that this is happening in the twenty-first century in a postmodern society, and the images that we see across Iran, how women are fighting for the basic human right to life and freedom of their own living, we it gives us the right to believe that we have degraded and gone into complete decadence. Does that give us the right to fear the future? For sure - yes. Does that tell us that the future is worse than today's nothingness? Definitely, yes. Can something change for the better? It can, if we change.

Humanity always progressed after some disasters and when it realized that at the end of the day it had to sit at the table through a social agreement to establish the new rules of the game in which the rights of others will always be respected. My professor of international political relations at the Skopje Faculty of Law, Denko Maleski, through several everyday examples in the simplest language, explained to us the functioning of the international world and how today the states as international legal entities interact with each other in the international traffic of relations. Unfortunately, the rule that "your right to stretch out your arm as far as you can" ends right in front of someone else's nose, does not apply today. The long arm of the Russian president, extended deep into the territorial integrity and sovereignty of Ukraine, tells us that the established international rule after the end of the Second World War and the creation of the United Nations Organization to respect the sovereignty of nations no longer exists. After the end of the war in Ukraine, we will see a new order and order established. Thucydides' rule, more than two millennia old, is happening before our eyes today: "The strong do what they want, the weak what they must."

The fight for freedom and life is above all!

But should Ukrainians and Iranian women resign themselves to their evil fate and follow Thucydides' rule of realpolitik? Do you need to surrender to those who are stronger, more powerful, more ready than you, even when they have invaded your right to life, your right to existence and existence? Who want to conquer your soul? Not at all, not even under miscellaneous.

The courage of Ukrainians and Iranian women reminds me that man will always fight for freedom as the highest value of his existence, even if that freedom cost him his life. As in these cases, unfortunately. Humanity remembers many lives lost for freedom, for a better tomorrow. It is this urge that makes us be human and move forward. Always, after the rain, the sun rises. And the darkness is always defeated by the light. In the end, so will the obscurantism put up by official Moscow and Tehran. Because there is no other way out.

You have gone berserk, civil subjects!

The price for freedom and the state

The potential of the European Women's Handball Championship