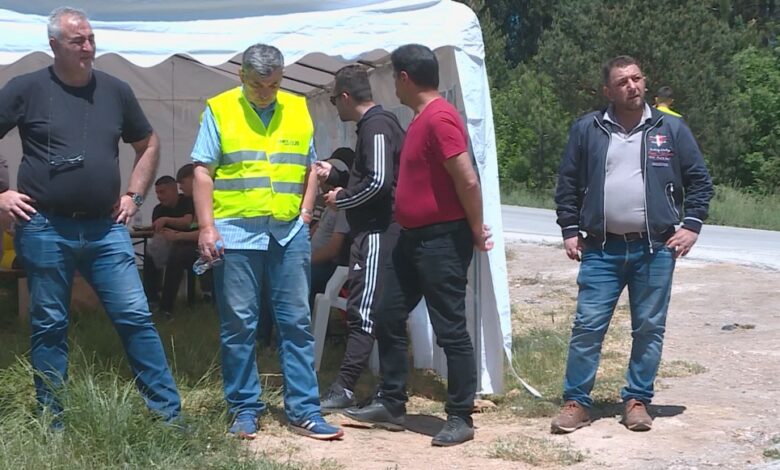 For two weeks now, residents of some Kichevo villages have been protesting on the road to Oslomej, not allowing the municipal utility company to dispose of waste near their fields, reports Alsat-M.

They even set up a tent on the road, where they are on duty 24 hours a day to prevent municipal utility trucks from continuing to dump waste in the fields.

"We have been here for almost two weeks and we are against garbage, not to be thrown here because they are doing us great harm. "Firstly, they pollute the air of all the villages, secondly, the water in the wells we drink will be polluted, there is nowhere to go, there is no life here," locals told the television.

"We are here to protect clean air, fertile soil and clean water. "The human factor pollutes the air, there is no more 75% nitrogen or 20% oxygen, but only human waste is thrown here, only poisonous gases are released here," they added.

The president of the protest council, Fatmir Limani, accuses the municipality of Kicevo of making fictitious contracts and abusing the seals of the local communities from these villages to show that there is an agreement with the residents to throw the waste here.

The Mayor of Kicevo, Fatmir Dehari, denied allegations that waste was dumped in the fields around Oslomej without a contract, and called the residents' protest political.