Jesus scored half a goal for Arsenal, the "gunners" honored Leicester with four goals 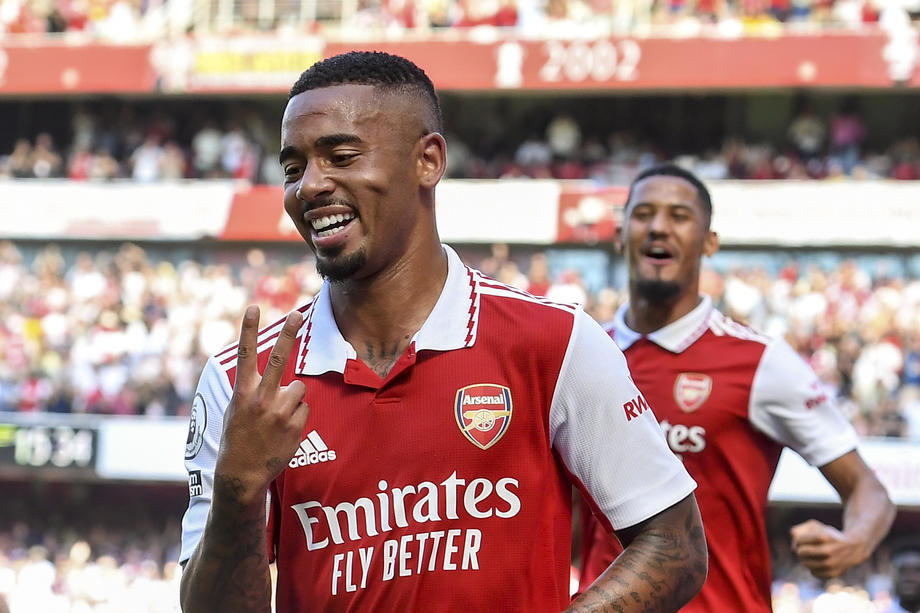 Arsenal's players achieved their second victory in the second round of the Premier League, and the reinforcement from Manchester City, Gabriel Jesus, had a fantastic debut in front of the home fans. Arsenal defeated Leicester 4:2, and Jesus scored two goals and had two assists.

The Brazilian's first goal was spectacular, he lobbed the visitors' goalkeeper with a wonderful shot, and then in the 35th minute he made it 2:0.

Leicester reduced in the second half with Saliba's own goal in the 53rd minute, but just two minutes later Jesus assisted Granit Xhaka for 3:1, and after another threat from the "foxes" who through Madison reduced it to 3:2, he added another point. a Brazilian – Gabriel Martinelli, with the assistance of Jesus.

The champion Manchester City celebrated again, this time with 4:0 against Bournemouth. City fans didn't see Erling Haaland's first goal at home, but they saw three goals in 37 minutes of play, by Ilkay Gundogan, Kevin De Bruyne and Phil Foden, and Lerma scored an own goal in the second half.

Before last week, Aleksandar Mitrovic was Fulham's hero by scoring two goals against Liverpool (2:2), today's match against Wolverhampton is tragic. The Serbian missed the penalty in the 81st minute, he shot badly on the right side, and the goalkeeper of the "wolves" Jose Sa had no problems taming the shot.
The match of the day was played by Southampton and Leeds. The visitors took a 2-0 lead with goals from Rodrigo in the 46th and 60th minutes, but Southampton managed to escape defeat thanks to goals from Aribo and Walker-Peters.