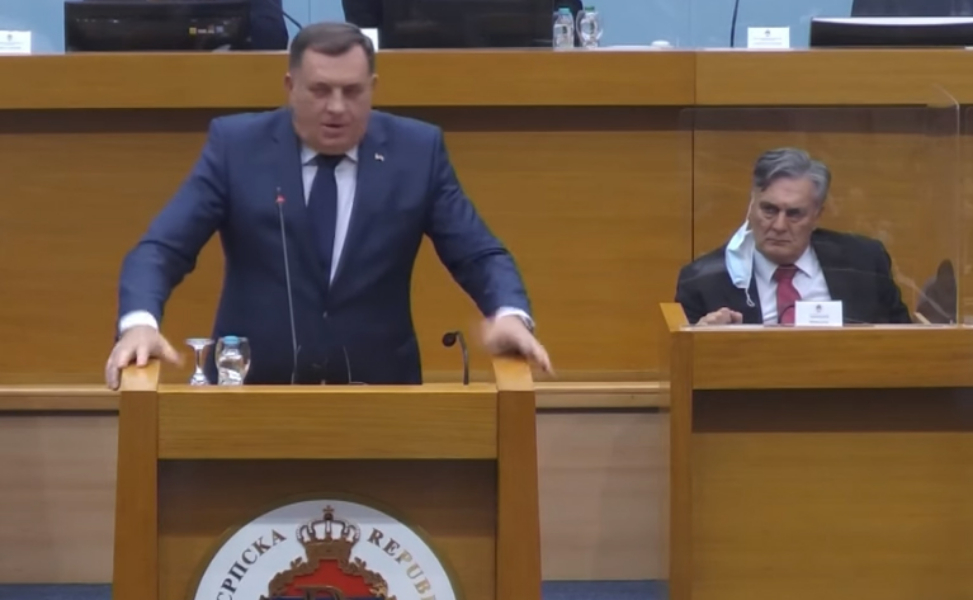 The chairman of the Presidency of BiH, Zeljko Komsic called on the BiH Prosecutor's Office to prosecute him Milorad Dodik, whom he called the instigator and leader of a group "united in the destruction of BiH's constitutional order and the undermining of state institutions", after the Republika Srpska parliament adopted conclusions today ordering the government to draft laws to remove the entity from the constitutional order. of Bosnia and Herzegovina.

"The NSRS has left the Dayton Accords," Komsic said, according to his cabinet.

Komsic called on the BiH Prosecutor's Office to prosecute those who reached conclusions in the entity parliament "who directly undermine the constitutional order of the state of Bosnia and Herzegovina and disturb the peace and stability in the country".

The Republika Srpska parliament today backed proposals to withdraw the entity's consent to a series of valid laws in BiH, which the opposition boycotted, warning that this would lead to new conflicts and eventual war, Bosnian media reported.

Forty-nine of the 83 lawmakers in the body voted in favor of the conclusions by which the RS National Assembly withdraws its approval of laws regulating defense and security at the BiH level, the system of indirect taxation and the establishment of the High Judicial and Prosecutorial Council. The conclusions were proposed and drafted by BiH Presidency member Milorad Dodik.

The conclusions also state that the RS government should propose laws within a six-month period that will regulate those areas at the entity level.

One of Dodik's options is the formation of the RS army following the disbandment of the BiH Armed Forces, which has existed since 2005.

All of these laws were passed in the state parliament of Bosnia and Herzegovina, but Dodik now explains that such laws do not apply unless the RS National Assembly unilaterally decides not to recognize them anymore.

Western allies are threatening very strong sanctions against those who destabilize Bosnia and Herzegovina, while Russia backs Dodik in what he calls "the return of Republika Srpska's powers under the Dayton Peace Accords," Al Jazeera Balkans reported.

The embassies of the United States, Great Britain, Germany, Italy, France and the EU Delegation to BiH spoke on the occasion of today's session of the NSRS and said that the conclusions of the session represent an additional step towards escalation. In a joint statement, the embassies stressed that the RS government must be aware that continuing to stall in a dead end threatens the country's stability.

"Members of the RS ruling coalition must be aware that continuing to move through this impasse, causing the Dayton Framework, harms the entities' economic prospects, threatens the stability of the country and the entire region, and threatens BiH's future in the EU." "Increased tensions and blocking the functioning of institutions will limit economic opportunities, deter investment and divert the focus from the fight against corruption." The ambassadors stressed that RS leaders must immediately stop their inflammatory rhetoric and return to state institutions.

The member of the Presidency of BiH, Sefik Dzaferovic, also spoke, condemning the decisions made at today's session. He called on the BiH Prosecutor's Office to protect the constitutional order and launch an investigation against those responsible for attending today's session.