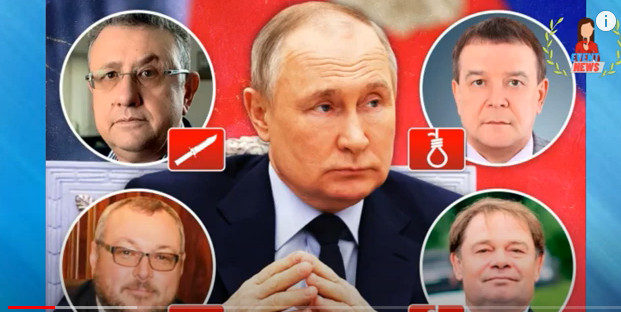 The lifeless body of Russian tycoon Yuri Voronov was found in his villa in St. Petersburg. This is just another in a series of mysterious deaths of tycoons who previously maintained close ties to the Kremlin but refused to support the invasion of Ukraine.

Yuriy Voronov (61) was the head of a logistics company that had contracts with Gazprom in the Arctic, and his body was found in a luxurious villa in St. Petersburg.

Voronov was found floating in the pool with a gunshot wound to the head, and several gun casings were found at the bottom of the pool.

Voronov is the seventh wealthy Russian businessman to die under mysterious circumstances since the beginning of the year. Many of them are connected to Gazprom, and two were found dead in the same suburb of St. Petersburg as Voronov, writes the Daily Mail.

Russia's Investigative Committee is investigating Voronov's death, which it currently attributes to a dispute with business partners. His wife reportedly told investigators that Voronov believed he had been cheated out of "a lot of money" by "rogue" contractors and partners.

But Voronov is just one of a number of officials linked to Gazprom who, according to authorities, committed suicide.

Alexander Tyulakov (61), a senior Gazprom finance and security official, was found hanged in his house in the exclusive building in February this year

In #Russia a series of strange deaths of top managers continues

Near St.Petersburg body of director of contractor company #Gazprom, Yuri Voronov, was found with a bullet wound in the head.

This is the fifth mysterious death of high-ranking Russian managers linked to Gazprom since 2022. pic.twitter.com/AUrknRNPFt

An inquest concluded he committed suicide, but local police say his body showed signs of abuse, suggesting the suicide was staged and forced.

Three weeks later, in the same neighborhood, Leonid Shulman (60) was found stabbed to death in his bathroom. Shulman was the head of transportation at Gazprom Invest, a branch of the energy giant.

BillionaireAlexander Subotin, 43, former CEO of energy giant Lukoil, was found dead in May this year after visiting a healer. One theory is that he was poisoned with frog poison which caused him to have a heart attack.

In April, Vladislav Avaev, 51, a former Kremlin official who allegedly committed suicide after killing his 13-year-old daughter and 47-year-old wife, was found dead. He had ties to leading Russian financial institution Gazprom Bank.

Friends have disputed reports he was jealous after his wife admitted she got pregnant with their driver. There are claims that he had access to the financial secrets of the Kremlin elite.

A few days later, multi-millionaire Sergey Protosenia (55) was found hanged in Spain after allegedly killing his wife Natalya (53) and their teenage daughter Maria with an ax. He was a former vice president of Novatek, a company closely linked to the Kremlin.

Last week another multi-millionaire and his wife were found stabbed to death. Naked Evgeny Palent (47) and his wife Olga (50) from Ukraine were found by their daughter Polina (20). Both had multiple stab wounds.

Moldova sends drunk drivers to work in a morgue, the measure is proving effective