Zendaya left without words: Fantastic dress with a gold spine on the red carpet by Fausto Pulizzi 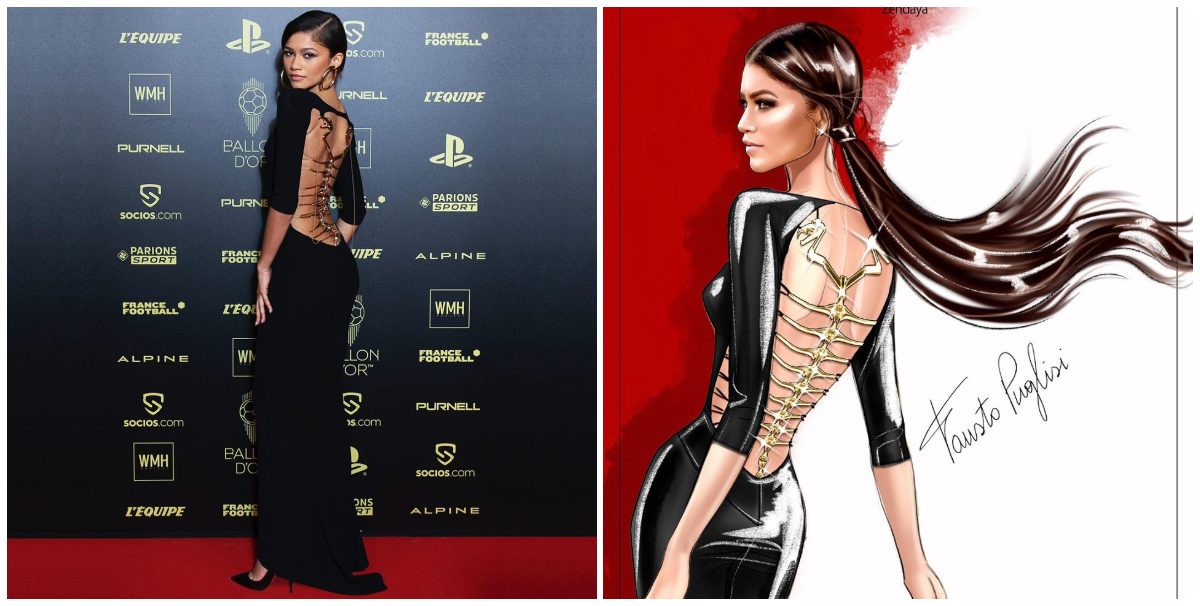 Just when we think that Zendaya has done absolutely the most, she again outperforms herself with clothes that are so iconic that she breaks the fashion world.

The 25-year-old movie star served well on the red carpet at the most prestigious football awards ceremony, "Ballon'Or", where he appeared with Tom Holland and his brothers.

All eyes were on the mesmerizing silk dress, designed by the exceptional Fausto Pulizzi for Roberto Cavalli, which the actress paraded on the appearance, and in particular, on his elaborate details on the back.

As she posed on the red carpet at the Théâtre du Châtelet in her floor-length dress, the unique golden detail of her spine completely stole the spotlight.

Zendaya - styled by Lo Roach - paired the iconic dress with platform heels by Christian Louboutin and striking gold earrings, and pulled her hair back to fully reflect the artistic detail in all its glory.

One fan also pointed out that her dress could be a homage to Dr. Octopus from Spider-Man, comparing the outfit side by side with a photo, and wrote: "Zendaya as Dr. Octopus, but make it fashionable."

Zendaya appeared on the spot with Tom Holland, with whom he confirmed his relationship earlier this year.

The Spider-Man actor, also 25, looked extremely sharp in a black suit with a bow. He wore black specs with a fringe and his famous naughty curls.

Tom's younger brothers, 22-year-old Sam and Harry, also appeared alongside the actor, and the trio was adorned with smiles as they posed with their arms around each other.

Romantic rumors have surrounded the two actors since 2017, which they have repeatedly denied, insisting they are just "best friends". However, in July 2021, they were photographed kissing in a car.

Tom posted a cute birthday Instagram for Zendaya in September, and has been popping up on the internet ever since. In an candid interview with GQ about whether he would talk more about their relationship, Tom said: "This is not my story. That is our story. "And we will talk about what it is when we are ready to talk about it together."

The child star has finally grown: McCauley Culkin proposed to Brenda Song, a year after becoming a father

New protests against the formation of a minority government in Montenegro, ministers are also participating

LIVE: Welcoming of the Bulgarian Prime Minister Petkov in front of the Government of RSM

A former Obama adviser has pleaded guilty to fraud

There are no specific deadlines for Macedonia's European integration, confirmed the French ambassador

Policies to continue, to improve and supplement, says Kovacevski in the program of the new Government