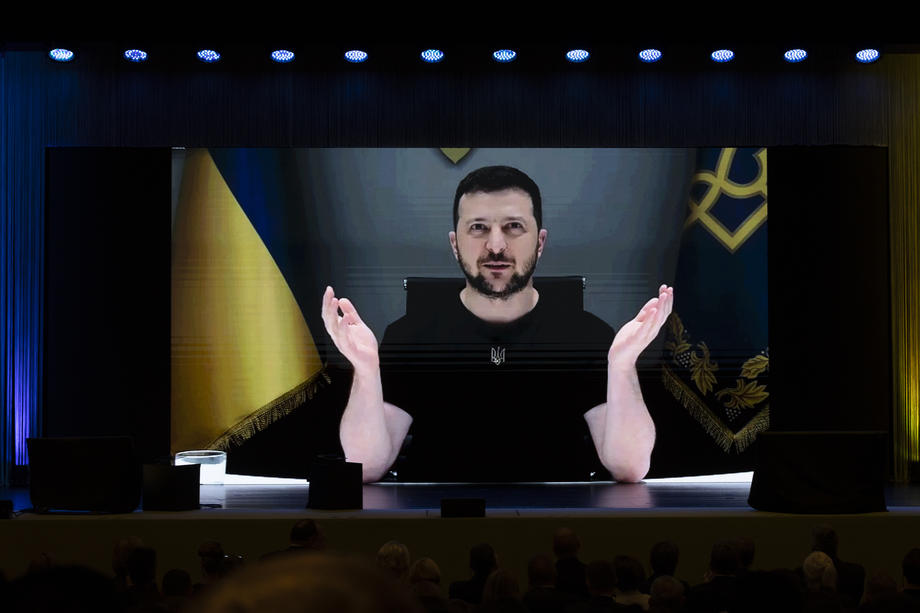 In the Swiss city of Lugano, a two-day international conference on the reconstruction of Ukraine began, which was opened by the Ukrainian leader.

"In the spring, we offered our partners to join the project of reconstruction of Ukraine. Even then it was clear that it would be the biggest project of our time: economically, technologically, nationally and most importantly ideologically," said Zelenski.

The Ukrainian leader expressed gratitude to the countries that positively accepted their proposals, to take over the patronage of regions, cities or industries affected by the war.

"Among other things, it will create millions of new connections in the democratic world, in Europe, between our countries, every city, every community, every renewed industry will have historical evidence of who helped it," said the Ukrainian president.

Zelensky expressed gratitude to Denmark, which is already ready to rebuild Mykolaiv, and to Great Britain for its interest in rebuilding the Kyiv region.

Ukraine needs $750 billion for a three-phase plan to rebuild after the Russian invasion, Ukraine's prime minister said today Denis Schmihal at the International Conference on Reconstruction of Ukraine, which started in Switzerland.

Shmyhal also said that over $100 billion in direct infrastructure damage has been done to Ukraine. The Ukrainian prime minister said that the main source of funding for the plan will be funds seized from Russian oligarchs.