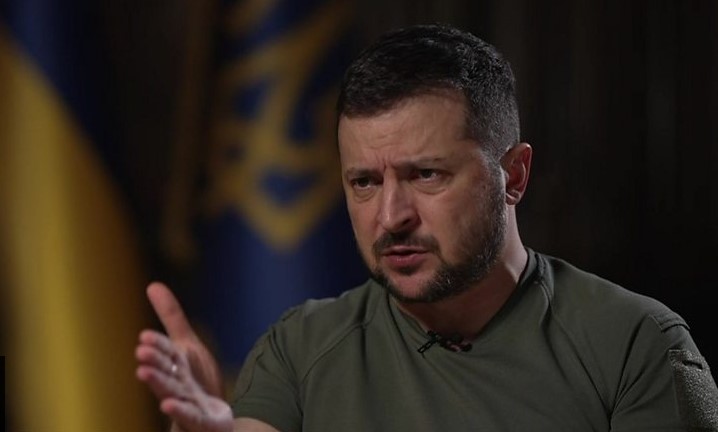 The President of Ukraine Volodymyr Zelenski today called on NATO members to guarantee the protection of Ukrainian nuclear power plants from Russian sabotage.

In a video address before the NATO Parliamentary Assembly in Madrid, Zelensky said that everyone wants to be sure that there will be no dangerous incidents in nuclear power plants and that "guaranteed protection against Russian sabotage in them is necessary."

Earlier, the head of the Russian state atomic energy agency Rosatom, Alexey Likhachev, warned that there is a risk of a nuclear accident at the Zaporozhye nuclear power plant after shelling over the weekend.

"The plant is in danger of a nuclear accident. "We have been negotiating with the International Atomic Energy Agency (IAEA) all night," said Rosatom's general director.

Likhachev noted that the IAEA called for the creation of a safety zone around the nuclear power plant and pointed out that this would only be possible with the approval of the United States. The IAEA said today it will assess the impact of the attacks on the nuclear power plant in Zaporozhye, after the site was shelled dozens of times over the weekend.

The IAEA said the explosions damaged buildings and equipment, none of which was critical to nuclear safety.

"Rosatom" has controlled the nuclear power plant in Zaporizhia since March, and in October Russia formally took over the nuclear plant and retained Ukrainian personnel.

No attention is paid to standards in construction works, greater involvement of the professional public is needed, says Arsovska

TIRZ: In January, a positive trend in exports and an increase in the number of jobs

Former Prime Minister of Israel Bennett: Putin assured me that he will not kill Zelensky

Arsovska: A solution should be found with the private carriers, but not to the detriment of Skopje

The payment services market is opening up, competition will increase and fees will be reduced