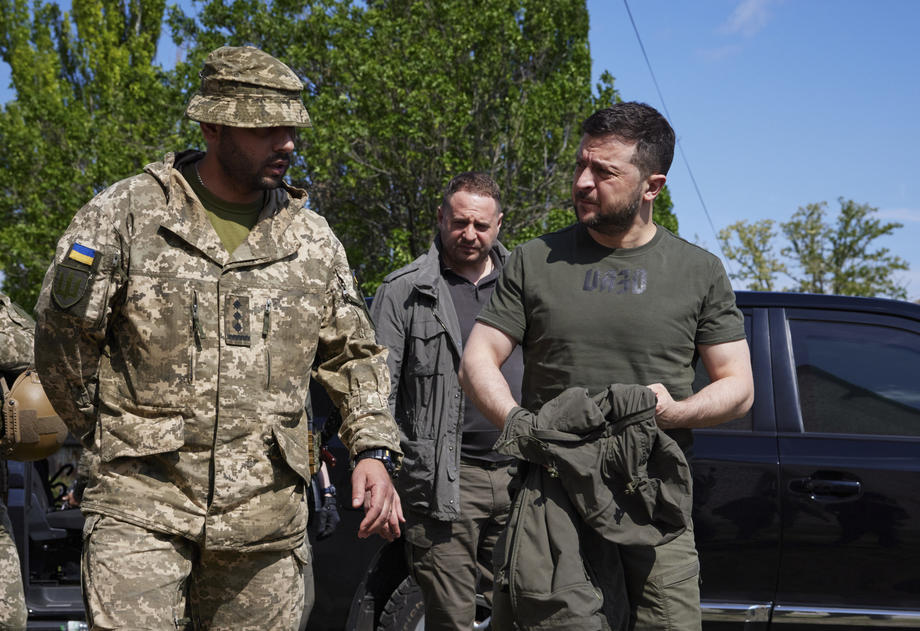 The President of Ukraine Volodymyr Zelenski today, via Twitter, he called on the international community to send a sharper response, as he said, to the "Russian nuclear terror", after last night's shelling of the Zaporozhye nuclear power plant, the largest nuclear plant in Europe.

In a telephone conversation with the President of the European Council, Charles Michel, Zelensky requested the introduction of new sanctions on the Russian nuclear industry, and announced the information on Twitter.

The Ukrainian state nuclear energy company previously announced that a worker at the "Zaporozhye" nuclear plant was wounded last night in the Russian shelling of the facility.

Director-General of the International Atomic Energy Agency (IAEA) Rafael Grossi yesterday expressed great concern over the shelling of "Zaporozhye", warning of the danger of a possible nuclear disaster, which could threaten the environment and public health in Ukraine and beyond.

The plant in Zaporozhye was occupied by Russian military forces at the start of the war, but Ukrainian technicians still work there.

A power line at the plant was shelled and hit two days ago, forcing operators to shut down the reactor, although no radioactive leak was detected.

Both sides accused each other of "nuclear terrorism" yesterday. The Ukrainian state nuclear company Energoatom blamed Russia for the damage, while the Russian Ministry of Defense blamed Ukrainian forces for shelling the plant.