You have gone berserk, civil subjects! 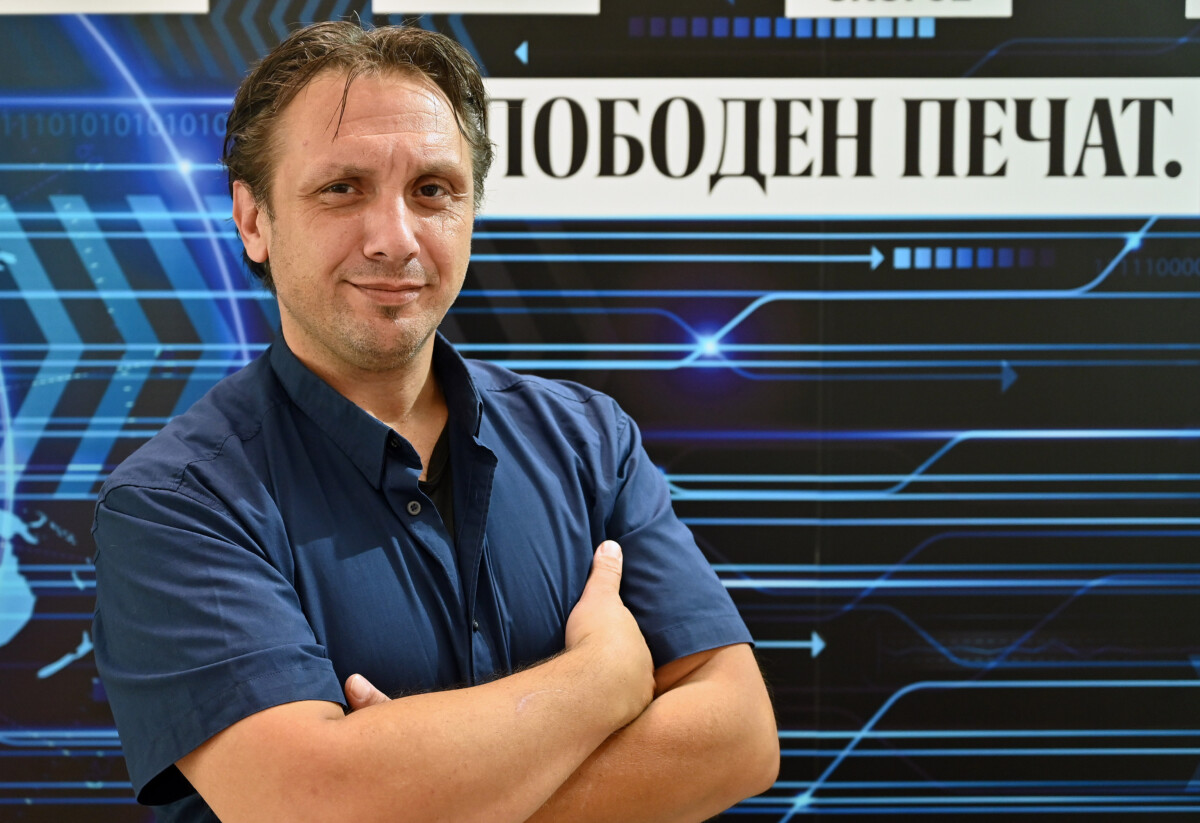 Let's resolutely rebel against them, all of us who, despite the constantly trampled dignity, still pay taxes, mind our own business, live in Macedonia and hope that we will live to see it become a real state.

The director of the Skopje heating plant "Skopje Sever", Kushtrim Ramadan, on Saturday He attacked her rudely and with curses to the journalist of the "MKD" portal, Katerina Dodevska, which reported on a topic of public interest – was this heating plant allowed to operate on fuel oil, and did she do it by skipping the regulations and procedures for the use of this energetic pollutant.

Ramadani is an experienced, long-term participant in the regulation, but also in the creation and management of important parts of the Macedonian energy system. Since 2006 he was in the Ministry of Economy, in 2012 he was appointed vice president of the Energy Regulatory Commission, and in 2020, against the alarm from DKSK that it will be a classic conflict of interests, as a DUI staff member is appointed director of MEPSO – one of the most powerful positions in the country. After years of making decisions related to MEPSO from the position of an independent market regulator, he suddenly found himself in a position to defend the interests of one of the players in that market. It is approximately as if the director of the Agency for Electronic Communications becomes a manager at "Telecom" or "A1" tomorrow. The anti-corruptionists "they barked", the government caravan "cold" ignores them and continued to excel – Ramadani came to the influential position.

Go they changed after a little over a year at the head of the state-owned company for power transmission, after his seat went to Alternative, when the party entered government. Soon after, he was appointed director of the "Skopje Sever" mini-heating plant, which heats several hundred apartments. Then Ramadan said that "he was out of work for three months" and that "friends called him" and offered him the director's position, "so he wouldn't be on the street." Most of us will never know that feeling – when after at least 15 years in various positions, you suddenly have to look for a job like any other mortal. Lucky he had the right friends.

After sitting in the comforting armchair, Ramadani publicly called Artan Grubi that, despite the fact that half of the ministers in the Government are Albanians, and some of them live in Chair, state money was given only to the other Skopje heating plants. It was to those 500 families from Chair, Butel and Topansko Pole, who live near the heating plant and to whom the smoke from the fuel oil smells the most, that Ramadani was most obliged to clearly and honestly explain what the journalist revealed on their behalf and on our behalf. Dodevska - why, contrary to regulations and procedures, turned on the heating plant to run on fuel oil, and before that claimed to have secured gas until the end of the year?

But instead of this, the director, showing poor upbringing and arrogance, but most of all powerlessness in front of the facts, "honored" the journalist with a barrage of curses. We know that it is an energy crisis and that the director's job is stressful, but nothing can justify such a wave of unemployment. It's probably not easy for Ramadani either - it's like yesterday when he ran a mega-company that turns over 90 million euros a year, and now he's "stuck" in a small heating plant on the distant energy "periphery", which is constantly operating at a loss. A year ago Kushtrim was among the most important officials of DUI, and now he has to beg for state aid and struggles to provide heating for 500 families. But the arrogance with which he appalled and stunned us will not restore his lost relevance.

It is clear that, by cursing colleague Dodevska, Ramadani actually insulted and humiliated us all: the citizens from whose money he has been paid for 15 years, the residents of Skopje who suffocate in pollution every winter, the state that has enabled him for decades to be someone and for something important... Intimidating the journalist, he tells us all to be silent before the power of the party-state Leviathan. That's why director Kushtrim must first apologize, and immediately after that resign - for others, it seems that there are more and more such bosses sitting in state offices, exhausted and enraged, that they don't think of spitting and cursing the citizen whose subjects have to be.

Will we get anything good from such outbursts of official aggressiveness and arrogance? Of course - first of all, they are proof that journalism exists and lives in the country that asks the right questions - those that cause discomfort to all our Kushtrims. The public, the citizens, must help the journalists in their "taming". People should start to raise their voice more often, to realize that journalists are the last defenders and representatives of the public, civil and people's interest - of those citizens who have been suffering as a brutally oppressed minority for years, already for decades - the honest, the workers, everyone who they don't have "friends" to hold directorships for them.

Let's resolutely rebel against them, all of us who, despite the constantly trampled dignity, still pay taxes, mind our own business, live in Macedonia and hope that we will live to see it become a real state.

The inclusion of the Bulgarians does not change the essence of the Constitution, says European Ambassador Gir

Milanovic: Serbia must understand that it will emerge from its romance with Russia as a deceived lover

For 20 years, they have been making a lot of noise with functions and it still doesn't cost them, says Ahmeti about the "firemen" in DUI

A Spanish football player seeking citizenship found out that he was a prince, inherited an island and a great fortune