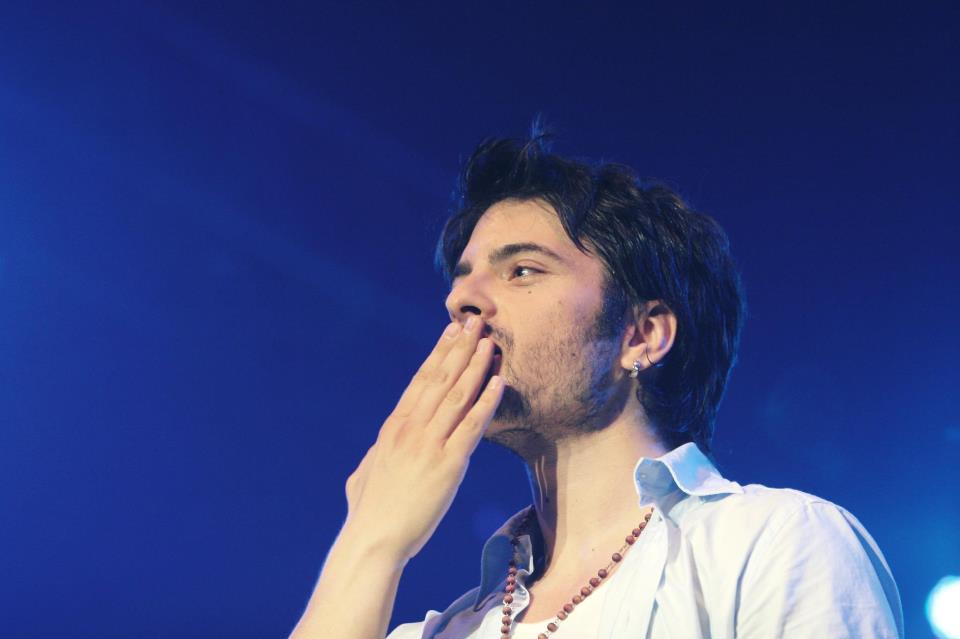 "I love you all" - this was the most famous sentence that our Tose Proeski said at all his concerts. A real pop star with a nightingale voice, and a soul full of goodness, echoed in everyone's heart and mind. I remember many of his concerts, and the last one is unforgettable because on one of the songs, Tose asked us all to pick up our mobile phones and cameras and make a starry sky.

And in that sky after that concert, Tose left.

Born in Krushevo, on January 25, Tose Proeski is a symbol of the Macedonian music scene. He started his career at Prilep's "Melfest", where he won with the song "Yesterday" by "Beatles". He breaks into the music scene with the hits "Let me go" and "Stay until the end". He sang with many of our and Balkan stars and was a favorite for collaboration. In the meantime, he became an exclusive of the production company "Avalon" and made numerous concerts throughout Macedonia and the Balkans. He was named UNICEF Goodwill Ambassador. Tose was also known as a great humanist - he did good deeds without being promoted, and his character and work were a symbol of caring for others and faith in humanity.

A post shared by Vanesa Pavlova (Make Up) (@ vanesa.pavlova_)

The fateful October 16, 2007, which is remembered by the entire Macedonian public, is the day when Tose died in a tragic car accident on the highway Zagreb - Lipovac, near the place Nova Gradiska in Croatia. He was only 26 years old.

The news shook the entire Macedonian public. When the news broke in the morning, everyone was speechless. People were crying in the streets. I remember going to college classes, everyone on the bus shed tears, it was unreal and too sad. They spontaneously gathered on Macedonia Square and laid candles, last messages, flowers. It seems to me that no one believed that Tose was gone…

14 years have passed since then, his songs are still sung, his name is a symbol of serenity and humanity. A memorial house was built in Krushevo in 2011 which became a corner of hope and the last place to greet the singer, friend and favorite of the nation. Even during the covid-19 pandemic, the Tose Proeski Memorial House is visited by countless fans.

Over the years, various events have taken place in his honor. One of the most famous charity concerts took place in 2018, where the new album "Secret Place" was promoted. Many Macedonian and Balkan stars sang at the event, and Tose's nephew performed an original song from the album.

Traditionally, there are marathons run by ultramarathoners from all over Macedonia, and the same marathon takes place in Croatia.

The ultramarathon in honor of Tose will be run again this year, on October 16 at noon. The marathon runners will arrive in Tose's hometown Krushevo and will pay tribute to his eternal home in Gumenje. The symbolic run 15km from Nova Gradiska has started in Croatia.

As he sang in his latest album, Games Without Borders, his life is an eternal fall into oblivion. His undisputed gift for music and humanity remain an inscribed testimony of a wonderful man we will forever remember.

Slavjanka Petrovska: It is too early for me to run for the leadership position in SDSM

Zaev-Gashi meeting is over: We have made progress

Ilir Meta has nothing against Albania to continue the European path without S. Macedonia