Construction of the first tower at the Holiday Inn begins 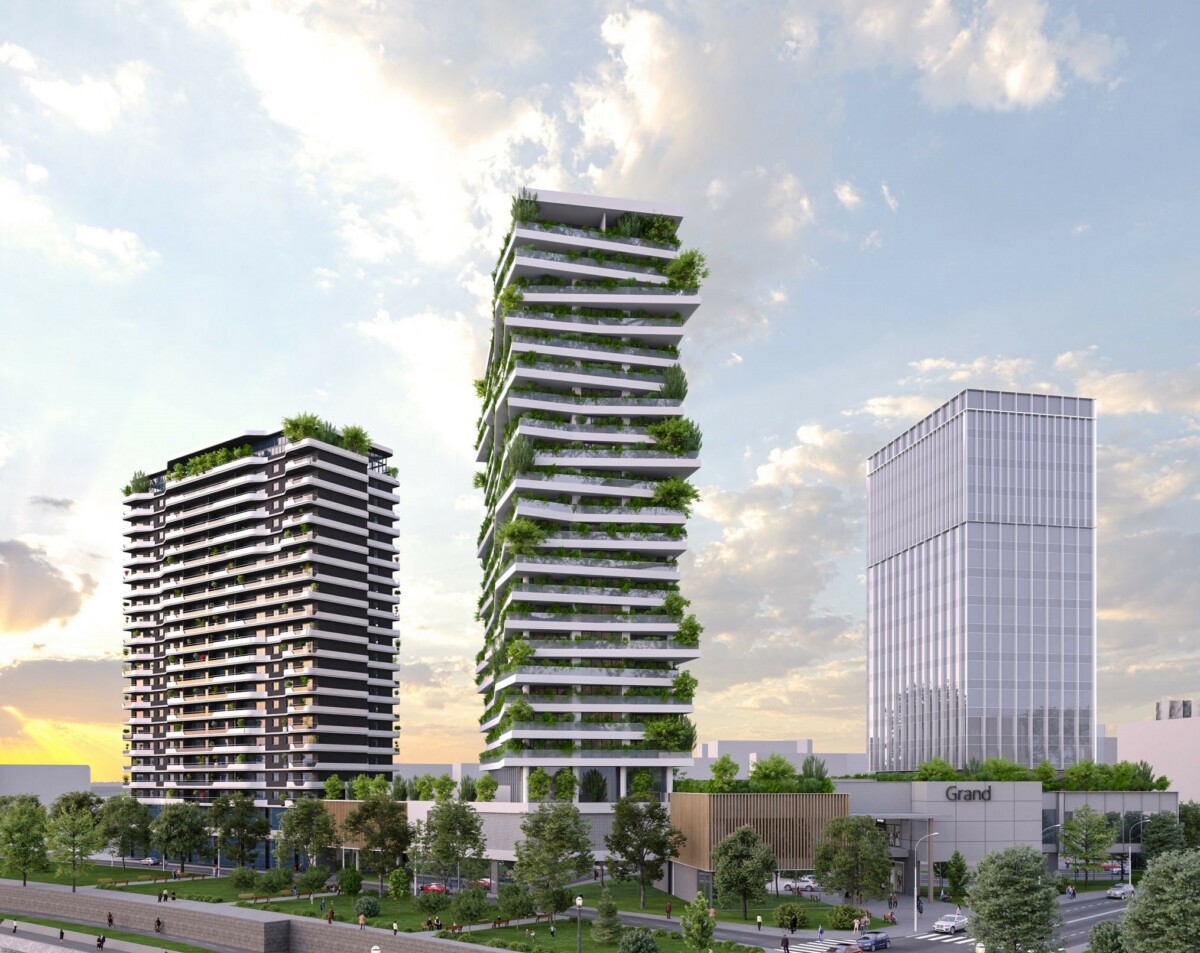 The construction of one of the three towers begins in the area opposite the Holiday Inn, a project that has been causing great interest and reactions among the public for a long time. The company "MG Fashion" informs that today begins the realization of the first phase of the complex "Grand" in Skopje, planned for construction of Construction Plot 1.1 within DUP C08 for Novo Maalo on the territory of the Municipality of Center.

In this first phase, in accordance with the received building permit in April this year, the residential and business building will be built with three levels underground, ground floor, plus twenty floors and attic.

The facility will be built in accordance with the highest architectural standards and norms for the construction of energy efficient buildings that have minimal impact on the environment. The underground levels are intended for parking of vehicles, the ground floor and the first floor are for business purposes, while the other floors are residential units of different sizes. The building is designed to provide maximum comfort to future users of residential units as well as full use of natural light and views, both to the river Vardar and the mountain Vodno - inform from "MG Fashion".

They add that within DUP C08 is envisaged a public area of ​​a total of 7.500 m2 or approximately the same area as the square "Macedonia" for which they plan to arrange in a modern way, similar to urban parks in world capitals, such as that of " Porta Nuova ”in Milan, for which they will propose a public competition in cooperation with the Municipality of Centar.

"MG Fashion" as a socially responsible company, at its own expense, will compensate all residents of Novo Maalo who have property in this area, regardless of the fact that it does not provide for any construction of a building, in the same way and in the same ratio as well as the residents of Novo Maalo on whose property the construction of facilities is planned - the company announced.

It is about compensating more than 300 inhabitants who still exist there as natives in the center of Skopje and who for more than seven decades live in substandard conditions, without fecal and atmospheric sewage, in buildings built in the late 19th or early 20th century, and for decades they had a ban on any reconstruction, extension or construction of their homes.