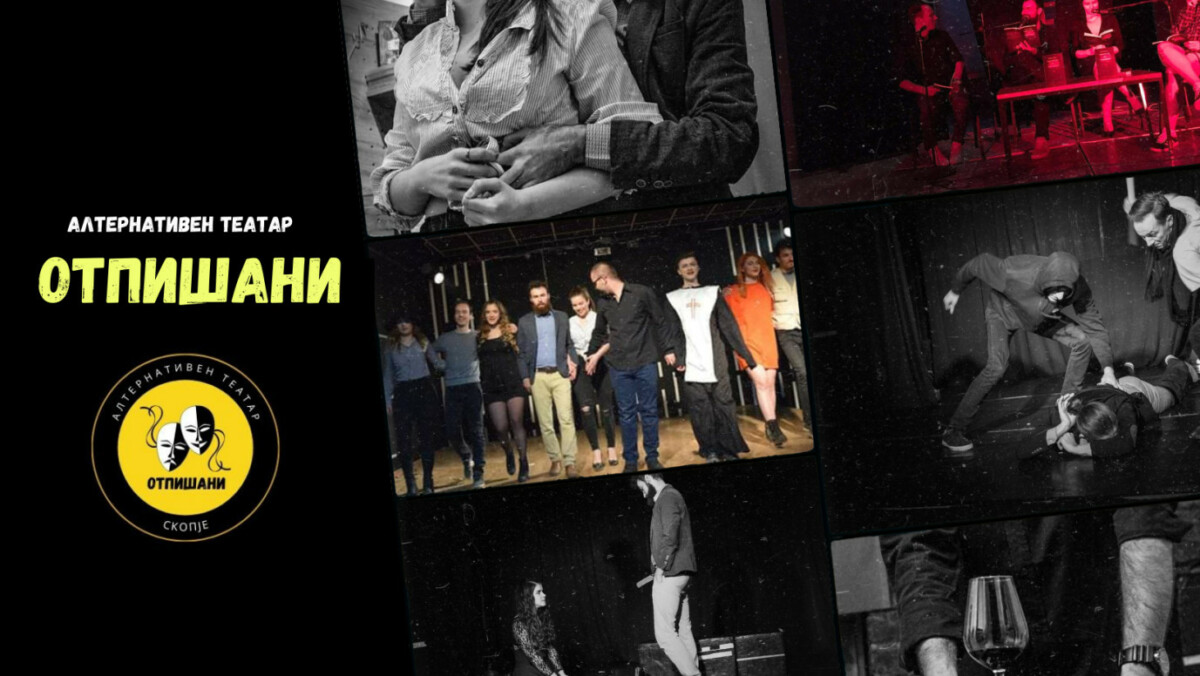 At the moment, the "Otpisni" theater is actively working on two new theater plays, the premiere of which will be soon.

In Skopje, the new independent alternative theater "Otpisani" started operating. From now on, the citizens of Skopje, but also the citizens from the interior of the country will have the opportunity to enjoy a completely new, fresh and different theatrical production.

The main goal of the theater "Otpishani" is the development and affirmation of the alternative theater, and the theater will direct its work to the promotion of young authors, directors, artists and actors. In addition, the theater aims to contribute to the regional development of theatrical art through cooperation with cultural centers from the interior of the country, promotion of the Macedonian alternative theater internationally through cooperation and networking with external organizations, and popularization of theatrical culture as a culture of living and activity for socialization and emancipation of the citizens.

The founders of the new alternative theater "Otpisni" are: Marjan Andjelovski, Jasmin Ramani, Riste Micevski, Sara Nikolovska, Ivana Stamevska, Petra Nikolovska, Aleksandar Jovanovski, Elena Gjorgjevska and Ognen Velevski. The same team, which consists of established authors, directors, set designers and actors, will be responsible for the program, production and repertoire of the new theater "Written off".

"Written off" theater is a cry of art. In a situation where culture has been overwhelmed with bureaucracy and institutional clutter for years, I believe that the written-off alternative theater will contribute to the return of theater, culture and art to where it belongs, and that is closer to cultural workers, authors, artists, actors. and the people, "said the president of the theater, Marjan Angelovski.

At the moment, the "Otpisni" theater is actively working on two new theater plays, the premiere of which will be soon.

"In the race for an Oscar": "Sisters" by Dina Duma will be the Macedonian candidate for this prestigious film award

VIDEO | Bedia Begovska: The beauty and curse of acting is that you always start from the beginning