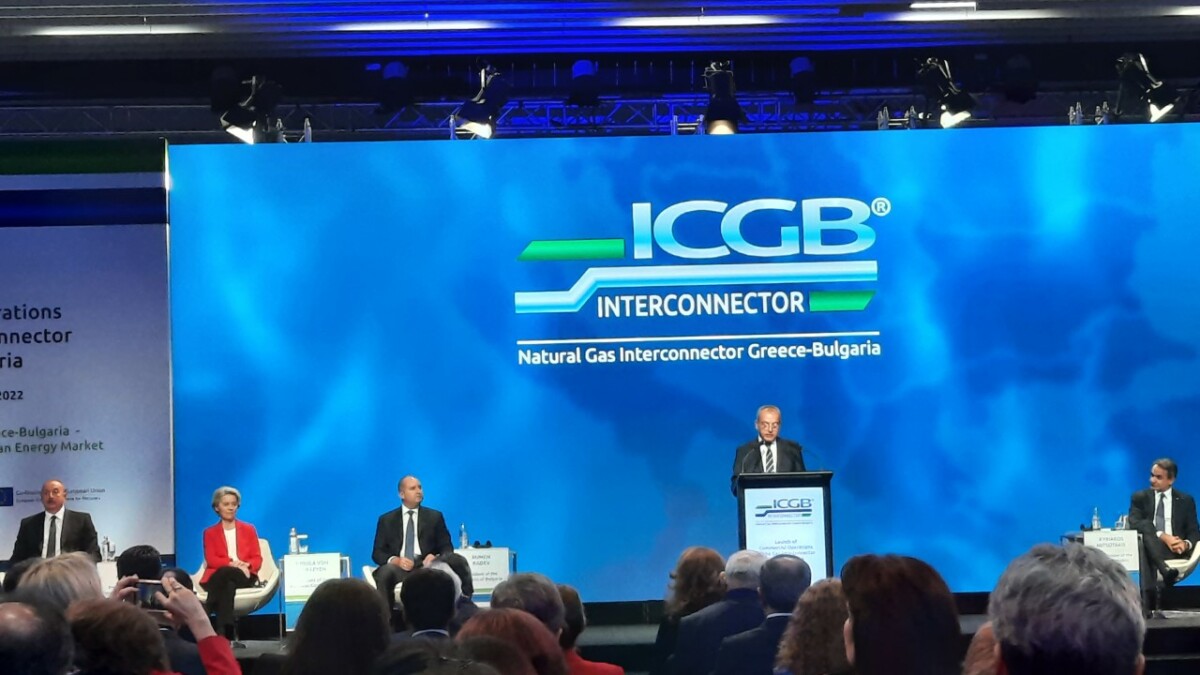 The ceremony for the official commissioning of the intersystem gas connection Greece-Bulgaria has started. The host of the event, which is being held in Hall 3 of the NDK, is Bulgarian President Rumen Radev, the MIA correspondent from Sofia reported.

The forum was opened by the Bulgarian Prime Minister Galab Donev. In his speech, he emphasized that the gas pipeline between Greece and Bulgaria has an extremely serious dimension, not only in terms of the domestic economy for Bulgaria and Greece, but also for the region. The gas pipeline exceeds the borders of the two neighboring countries because it will open new opportunities in energy in a broad regional plan.

- The situation in the world is complicated, Donev said, especially after the start of the war in Ukraine.

Bulgaria supports the agreement between Azerbaijan and the EU. The ceremony was attended by the European Commissioner for Energy Affairs Kadri Simson, the President of Azerbaijan Ilham Aliyev. Acting Prime Minister Galab Donev, executive directors of the project company "ICGB" AD Teodora Georgieva and Giorgos Satlas, as well as presidents Petar Stojanov (1997-2002) and Georgi Prvanov (2002-2013) are also present.

The facility has a total length of 182 kilometers (on Bulgarian territory the length is 140 kilometers) and connects the gas transmission systems of Bulgaria and Greece, including the Trans Adriatic Pipeline. The total value of the gas pipeline is over 240 million euros, of which the EC provided free of charge for feasibility studies in 2010.

There is no magic about the problem with private carriers, the councilors and Arsovska fought and did not solve anything

Interview with the writer Venko Andonovski: The world is not on the right track, as far as evil is concerned

Varheji: BiH should show readiness for reforms, not to miss the opportunity to obtain candidate status

VIDEO | Unusual scene: At the Brazil-Switzerland match, the electricity went out

Congratulations from Biden, NATO and KFOR on the occasion of the 110th anniversary of the independence of Albania