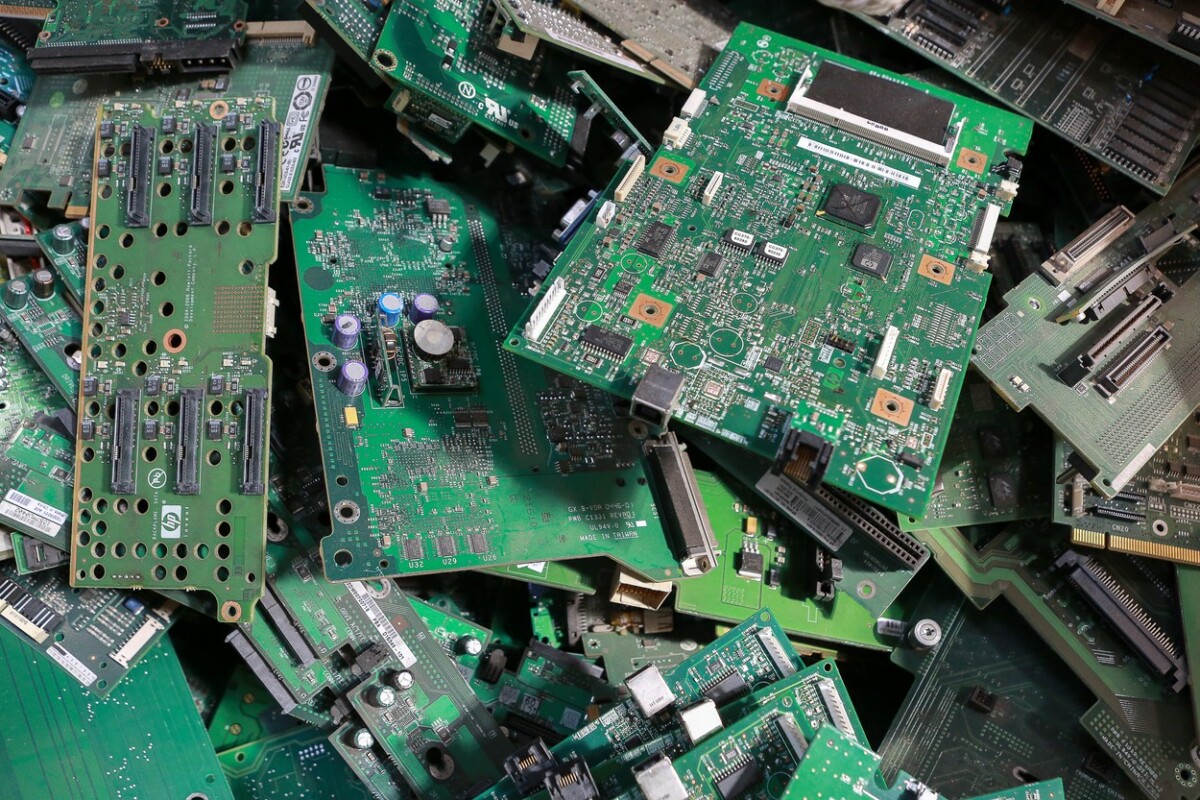 After Russia invaded Ukraine, the West announced tough new sanctions, and tech companies said they had halted all exports to Russia. However, shipments of Western computer parts continued, a new investigation finds

This was actually the "electronic brain" of an unexploded Russian 9M727 cruise missile, one of the devastating weapons Russia has often used in its attacks on Ukraine since it launched its invasion of its neighbor on February 24.

On July 14, three cruise missiles hit the Ukrainian city of Vinnytsia, killing 27 people, including a four-year-old girl, Ukrainian authorities said. Russia says it is only firing at military targets, but that is clearly not the case.

The small metal box, as well as other Russian weapons that the media agency managed to get "Reuters", were collected from the battlefield by the Ukrainian army. Among them are Russian electronics with Cyrillic markings, and some are handwritten.

But many of the essential electronic components in them are the microcontrollers, programmable chips and signal processors, which originate from numerous US chipmakers, including Texas Instruments, Intel-owned Altera, Silinix , owned by AMD and Maxim Integrated Products, acquired last year by Analog Devices. In addition to American chips, among the chips there were also those of "Cypress Semiconductor", now owned by the German "Infineon AG".

"It's pretty simple," said the senior Ukrainian official, who requested anonymity for security reasons. "Without those American chips, Russian missiles and most Russian weapons wouldn't work."

Western components in Russian weapons were examined as part of a Reuters investigation in collaboration with the Royal United Services Institute.

While some of the more sophisticated Western chips in Russian weapons have been subject to special export licensing requirements for years, the investigation found that many of the weapons also contain cutting-edge computer chips and other components found in consumer products. They are readily available and in many cases not subject to export restrictions.

After the invasion, the US and other Western countries banned high-tech exports to Russia to try to weaken its defense industry, and technology companies announced they had halted all exports to the country. However, the Reuters team found that the flow of Western-made computer parts into Russia has not stopped, with thousands of shipments sent to Moscow since the start of the invasion of Ukraine. The senders were mostly unauthorized suppliers, but there were also some manufacturers.

Reuters provided most of the aforementioned companies with data from Russian customs records about shipments of their products to Russia that arrived after the invasion.

Three of the manufacturers - AMD, Analog Devices and Infineon - said they had launched internal investigations after Reuters provided customs data showing thousands of recent shipments of their products to Russia from third-party sellers. Infineon and Texas Instruments say the products they sent were already in transit before the invasion began. Intel said the goods it shipped were internal deliveries by the company before it suspended its operations in Russia in early April.

Russia has been known for years to rely on Western electronics for its weapons systems. Moscow has a long history of procuring contraband military parts from the US, including expensive specialized chips for satellites that can withstand radiation in space.

On the day of the invasion, the White House announced that the US and its allies were imposing "sanctions against Russia related to semiconductor, telecommunications, cryptographic security, lasers, sensors, navigation, avionics and maritime technologies" that they said would "cut off Russian access to state-of-the-art technology." However, many non-military technology products remain exempt.

A spokesman for the US Department of Commerce, which administers the export restrictions, said: "The powerful export controls put in place by the US and 37 allies and partners strongly affect Russia's access to the items and technologies it needs to sustain its military aggression, including semiconductors. As time goes on and their stocks continue to dwindle, our controls will bite even harder."

"We will remain vigilant and engaged with our allies and partners in enforcing our controls," he said.

The embedded computer system in the cruise missile's small metal box shows that Russia doesn't just rely on cutting-edge technology for its weapons. For example, labels on two Texas Instruments chips – which process digital signals – showed they were manufactured more than 30 years ago.

"For the most part, these are the same chips you find in your car or microwave oven," said a Ukrainian weapons expert with access to the recovered Russian military equipment.

Despite what the West has described as an unprecedented series of tough sanctions against Russia, many electronic components are still not subject to export controls. Even if they are, there are a huge number of suppliers and traders in East Asia and other countries willing to supply them, and they are often beyond the control of Western manufacturers.

A Reuters investigation said more than 15 shipments from Western electronics companies reached Russia after its February 24 invasion of Ukraine by the end of May.

The shipments contained microprocessors, programmable chips, storage devices and other items, according to Russian customs data.

A Moscow-based computer parts store, Kvantek, says on its website in Russian: “Caution! We are working normally. Our warehouses are ready to supply equipment to customers from the Russian Federation despite EU and US sanctions.

The Russian website features the logos of more than half of the top American tech companies. Asked how Quantek manages to keep procuring Western computer equipment, a company official who gave his name only as Victor said it was a "trade secret."

Russia relies on Western technology for some of its weapons systems because it does not produce many of the necessary electronic parts itself. But Russian defense companies don't just use off-the-shelf components. Even the most common chips have to go through rigorous tests so the Russians can make sure they don't contain elements that could enable Western espionage or sabotage.

Russia's use of foreign-made chips is a major concern in Washington, "because it could create vulnerabilities that they themselves manufacture," said Ian Williams, a fellow at the Center for Strategic and International Studies in Washington. "The Russians are very aware of this, too."

Among the Western electronics found in Russian weapons, according to Western microelectronics experts, one particular type of integrated circuit stands out: programmable chips, known as Field Programmable Gate Arrays, or FPGAs.

One FPGA was placed between the navigation system gyroscopes found in Ukraine from a Russian precision artillery missile known as the 9M544.

Programmable chips, which have been available for decades, give electronic equipment manufacturers enormous flexibility because they can be quickly reprogrammed to perform a new task as needed, according to Daniel Nenni, a semiconductor expert and co-author of a book on such FPGA chips.

"The key to FPGAs is that you can reuse them," Neni said. "You can buy a washing machine, take out an FPGA chip and put it in a missile. It's so simple because you can reprogram it to do whatever you want."

The text is research by the news agency "Reuters".