Western instead of Russian helicopters, the army's Mi-24s are being replaced 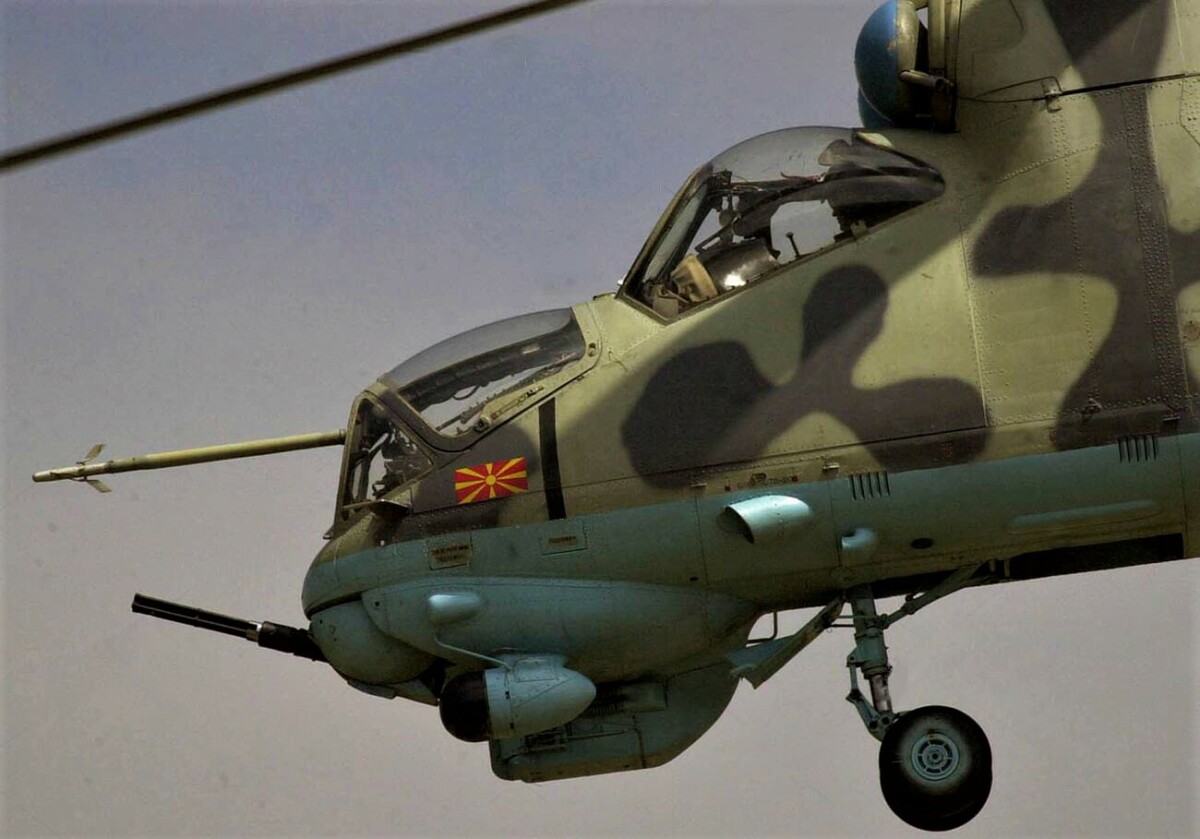 In The army plans are being made to replace the current helicopters that are part of the aviation wing. The considerations are to make a gradual transition of the transport helicopters from a Russian (East European) to a Western platform, that is, to procure helicopters from American or Western European manufacturers. The process would take place in stages, and not all at once to replace old with new aircraft.

This was mentioned today at the press conference of the Minister of Defense Slavjanka Petrovska on the eve of the celebration of the 30th anniversary of the establishment of the Army.

It is interesting that the top of the Army does not envisage further modernization of combat (attack) helicopters Mi-24 or their replacement with new ones.

In the further development of the Army, there is no room for such a component, but their role would be taken over by new helicopters that would have a multipurpose function, representatives of the Army General Staff point out.

- The army does not foresee further modernization of combat (attack) helicopters Mi-24 or their replacement with new ones. "In the further development of the Army, there is no room for such a component, but their role would be taken over by new helicopters that would have a multi-purpose function" - say representatives of the Army General Staff.

In the meantime, Petrovska, commenting on the donation of weapons to Ukraine, pointed out that the three decisions of the government by which military equipment and armaments were donated to the Ukrainian army, including the T-72 tanks, were made after the previous consultation with the General Staff of the Army, which determined that what is given to Ukraine in no way affects the efficiency and readiness of the army units.

- What was visible was the transport of tanks - we will not say how much that donation is. But yes, tanks are part of the help. They are no longer part of the army formation, they have not been fired, and what should be known is that the General Staff was absolutely consulted when making political decisions. All requests for donation, or decisions on alienation of military equipment are carried out in coordination with the army general staff and after their positive opinion that the equipment is unnecessary for our army, it is alienated. I deny all speculations that with this, or with any other donation, the combat readiness of the Army is impaired", - said the Minister of Defense - emphasized Petrovska.

By the way, the Macedonian army is not the first country in the NATO alliance that is slowly putting out of use Russian or old Soviet weapons and equipment from its ranks. A similar announcement that they will not renew the helicopter maintenance certificates was recently announced by Bulgaria and the Czech Republic, member countries of NATO's eastern wing. The respected aviation magazine "Tango Six" recently released information that Russia will revoke the certificates for the maintenance of Russian aircraft in Western countries and members of the NATO alliance.