Zaev-Mehaj: Congratulations on the policies of dialogue and the progress of Northern Macedonia and open opportunities for advancing the cooperation 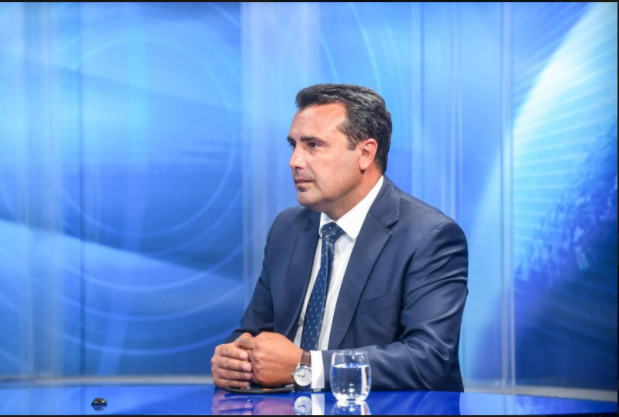 At the meeting, according to a statement from the government's Public Relations Department, the friendly relations between the two countries were confirmed.

- Both sides concluded that NATO integration means stability and security for the countries in the region and that they enable economic development. Commitments have also been expressed for European integration, as well as for the application of European values ​​in the countries, in favor of improving the quality of life of the citizens in both Northern Macedonia and Kosovo, the statement reads.

Congratulations were also sent to Prime Minister Zaev and the Government for the policies of dialogue at the international level, which contributed to the progress of the Republic of Northern Macedonia and full NATO membership, as well as the expectation of steps in the European perspective.

- Full membership in NATO means stability, security and safety, but also contributed to increasing the interest of foreign investors to invest in the country, which contributes to the development of the economy. We are focused on improving the lives of citizens by applying European values, especially in the field of rule of law and the fight against crime and corruption, and the concept of "One Society for All", which we are successfully developing and which has brought equal rights, but also responsibilities for all citizens, underlines in the statement.

It was assessed at the meeting that both Northern Macedonia and Kosovo showed a level of political maturity through the expressed solidarity after the developments in Afghanistan, and the importance of solidarity between the countries in the region, Europe and the world was discussed in order to successfully deal with the pandemic. and opportunities for enhancing economic cooperation between Northern Macedonia and Kosovo.

At the meeting was expressed readiness by the Ministry of Defense and the Government to share experiences at the advisory level in the field of NATO integration.

Besimi: Rebalance for recovery of the economy and support of the citizens and the economy

Two bags of grenades were found during an excavation in Shipkovica, Tetovo

The fire at "Komuna" was completely extinguished, no one was injured, there is material damage

A warehouse in Skopje near the old factory "Komuna" caught fire