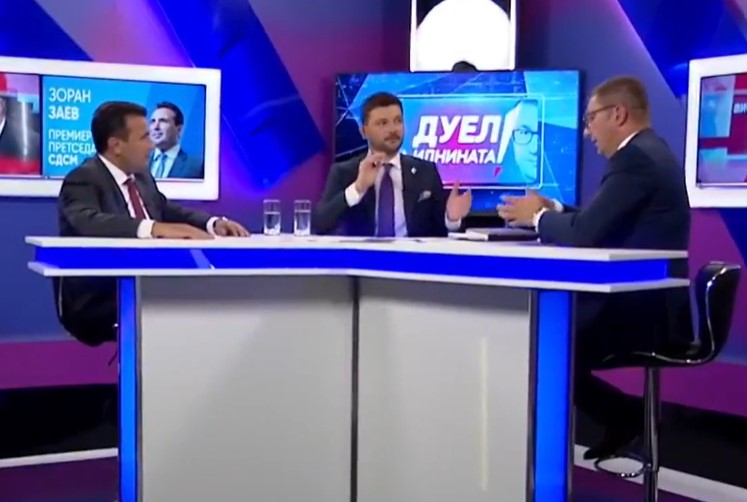 The Prime Minister Zoran Zaev and the leader of the opposition Hristijan Mickoski on tonight's TV duel on Kanal 5 television came out with opposing views on the causes of the high mortality of covid-19 in the country.

"One of the reasons why so many Covid-19 people are dying is that 90 percent of those people have had two chronic illnesses. We see that in the reports of the Ministry of Health. Another reason, probably, is the tradition of going to the doctor untimely, waiting until the last minute to go to the hospitals and the like. This in itself is a confirmation of the cases that 95% of the cases and more, are people over the age of 65, where a huge percentage of them had at least a heart or cardiovascular problem. All this is shown by the reports from the experts. I am not saying anything unknown, the public knows that. You know that even when we lost younger lives, just as valuable as the older ones, it was, among other things, a late visit to the doctor, an attempt at treatment at home, the temperature remained high for more than three to five days and so on. "And of course, there are always cases in which our citizens had other diseases, ie above all chronic diseases." said Zaev.

Mickoski, on the other hand, said that the health habits of the citizens are not to blame for the high mortality, because such habits are similar in other countries in the Balkans, which have incomparably fewer victims of the disease.

"I am shocked, again. When a person can not see the guilt and the wrong way of functioning in himself, when he tries in such a brutal and banal way to shift the blame to the citizens, and he is the Prime Minister, I am personally shocked. I wonder how it is so easy to say things that are totally out of mind. Imagine in a region where people have a similar mentality, you lead with two to three times higher mortality. What is different about the mentality of the people from Macedonia, with the people from Albania, Kosovo, Bulgaria, from the one in Serbia, Bosnia and Croatia? "We have three times as many deaths per 100.000 inhabitants." replied Mickoski.