Zaev and Gashi are thinking of an "alternative" ministry !? 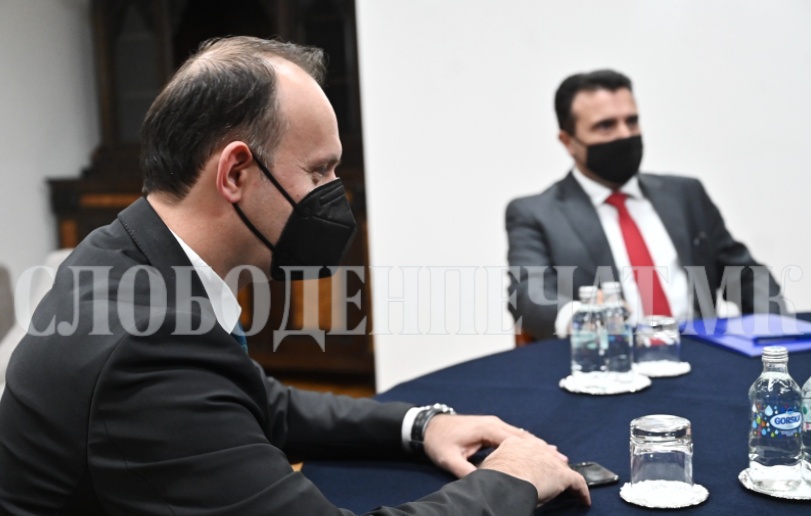 The idea is to add an "auxiliary formulation" to a ministry in order to "gain weight" and so the impression would be that Alternativa, just like DUI when forming the Government, boxed something in the rank of Deputy Prime Minister.

Negotiations for the entry of the opposition Alternative in the Government have stalled with the Ministry of Health, but also with the number of ministers and deputy ministers - the leader Afrim Gashi is asking for three, and the Prime Minister Zoran Zaev is accepting two. Solomon's solution, which has yet to receive a visa from government partner Ali Ahmeti, is for a ministry to be strengthened with additional powers so that Alternative can be satisfied with two ministerial positions, a senior Alternative official told Sloboden Pecat.

At yesterday's meeting between Zaev and Gashi, there were many changes and differences between what was requested and what the government coalition could fulfill, so now new combinations are on the table, for which Zaev will have to consult with his partners again. Alternative continues to insist that the party's secretary general, dentist Bekim Sali, be the first person in charge of health. Zaev, on the other hand, does not give up on Venko Filipce so easily, with the explanation that the minister pushed through the most difficult period with the pandemic and it was not right for him to be replaced now. Therefore, Filipce's chair will be the topic of their next meeting, for which a date has not been set yet, but it is not excluded that it will happen today.

Alternative's close leadership has reviewed the results of the talks so far. Our interlocutor from the party says that Alternative would give in and accept two instead of three ministerial positions, if the proposal of a certain ministry (does not reveal which one) to add an "auxiliary formulation" to "gain weight" is passed. The explanation is that in that way the impression would be that Alternative, just like DUI in the formation of the Government, boxed something in the rank of Deputy Prime Minister.

As a reminder, during the formation of the current government, the function of the first deputy prime minister was established for the first time. Thus, Artan Grubi from DUI, in addition to becoming Minister of Political System and Inter-Community Relations, was elected First Deputy Prime Minister. A similar option is now being negotiated, ie the future Minister from Alternative to have "additional", increased competencies. The party believes that this variant is feasible because with the entry of Alternative in power, a new government will be formed.

Unofficially, Zaev offers the Ministries of Labor and Social Affairs, Education and Culture. Alternative reiterates that they are interested in information society, labor and social affairs, education, culture, transport and communications and agriculture and that they are combined for both ministerial and deputy ministerial positions. The director positions are also waiting for the distribution.

After the last meeting between Zaev and Gashi, the Government informed that "evident progress has been made in harmonizing positions on amending the content of the Government's program, and exchanged ideas and views from both sides to share responsibilities at the highest level in the institutions of central government. "

The leader of Alternativa, Gashi, in a short statement after the meeting, said that there is progress and consultations in the parties will follow.