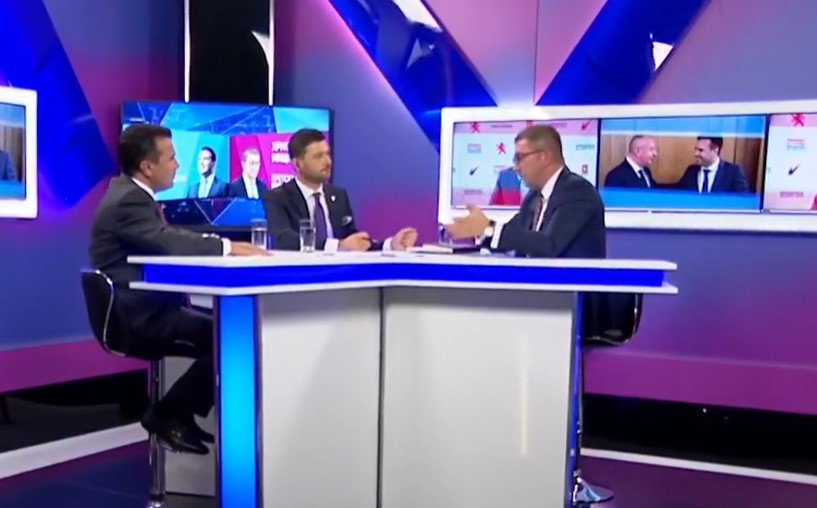 The topic of responsibility for the tragedy in the modular covid hospital in Tetovo is part of tonight's duel between Prime Minister Zoran Zaev and VMRO-DPMNE President Hristijan Mickoski on Kanal 5 television.

He adds that he never said that if he found guilt in Filipce and Hasani, he would not accept their resignations.

"My responsibility is greater because I am also the Prime Minister, because we all know that we have installed modular containers, previously made in factories. The law clearly states that, informed the Prime Minister and pointed out that about the tragedy "they will answer questions while they are alive".

According to Mickoski, Zaev should not think at all about accepting the offered resignations of the Minister of Health Venko Filipce and his deputy, Ilir Hasani.

"If you sit down and talk to the relatives of those people who lost their lives, you will see all the anger and revolt they feel. "If there is someone and a little bit of conscience in the Government, and here the most called is Mr. Zoran Zaev, not only will he not think, but he will immediately accept these resignations." said Mickoski.

Zaev with support for Merko: Although we were not satisfied with him, there are changes after the criticism

VIDEO | Nikoloski from Ohrid: We call for unity and unification

VIDEO | Zaev from Ohrid: SDSM in the second round will support the candidates of the coalition partners

A total of 1 doses of vaccines were applied, revaccinated 590 percent of adult citizens

Arsovska: Gasification, cleaning of illegal landfills and free and environmentally friendly public transport are part of the system solutions for clean ecological Skopje