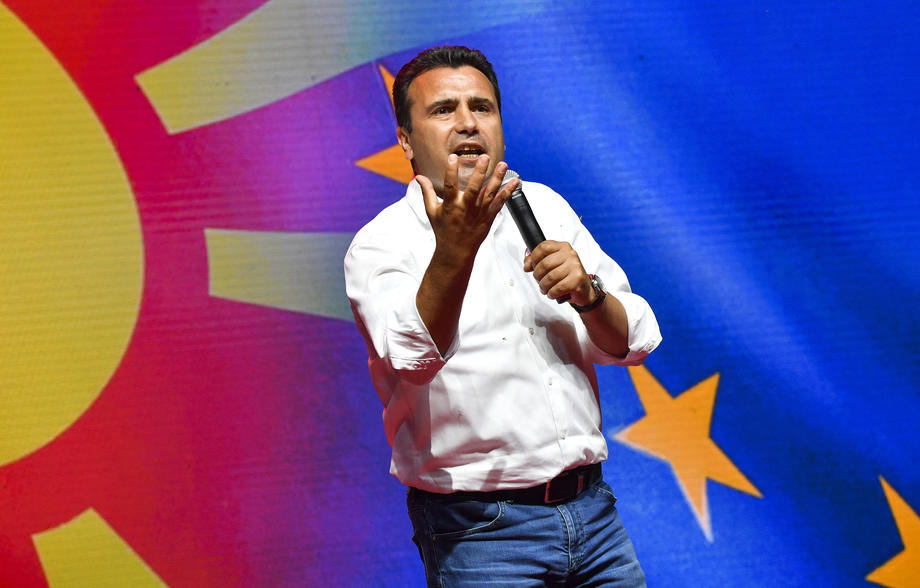 I believe that these days North Macedonia and the European Union are taking a historic step forward. The latest proposal of the French presidency is a good basis for North Macedonia to start the negotiation process, which for all countries begins with an intergovernmental conference and screening, the former prime minister said. Zoran Zaev speaking at the annual Economist conference held in Athens, the MIA correspondent from Athens reported.

"Of course, the proposal is not the best, but we are Balkans. We need to take advantage of the momentum, bearing in mind that the most important issues for us, our identity, Macedonians from North Macedonia and our Macedonian language have been placed in the negotiation framework, clearly, like all other languages ​​and it will become a future official language of the European Union". said Zaev and added that the fact that "in the future the EU will be at the table with us and Bulgaria, even on bilateral issues, through the negotiation process" should be taken into account and used.

Zaev emphasized that what is important is that the Macedonian identity and language are guaranteed, he expressed hope that the French proposal will receive a majority in the Parliament, and he advised the current Government to show leadership.

"I advise the government to take leadership decisions, we did that with my friend Alexis Tsipras by signing the Prespa Agreement that brought stability, brought good messages to the European Union that here in the Balkans, in a European way, we can find a solution to many difficult issues, through diplomacy and dialogue and we continue to be a good example for the European Union and I hope that North Macedonia will continue by accepting the proposal from the EU and finally after 17 years will start negotiations", said Zaev and added that the process will encourage other countries as well from the region.

He pointed out that North Macedonia made very difficult decisions in the past few years. The country has delivered peace and stability in the region and in Europe, along with reforms in the country, and at the same time emphasized that the country's strategic interest is to immediately start membership negotiations with the EU.

He explained to those present at the conference that this is a "dramatic moment in North Macedonia", because the government is in the process of consulting with the opposition parties, with the government parties with experts, etc.

He said that today, tomorrow or the day after tomorrow, the Parliament will have to vote and expressed confidence that there will be a majority, noting that "what is important is to move forward towards the EU because there is no alternative".