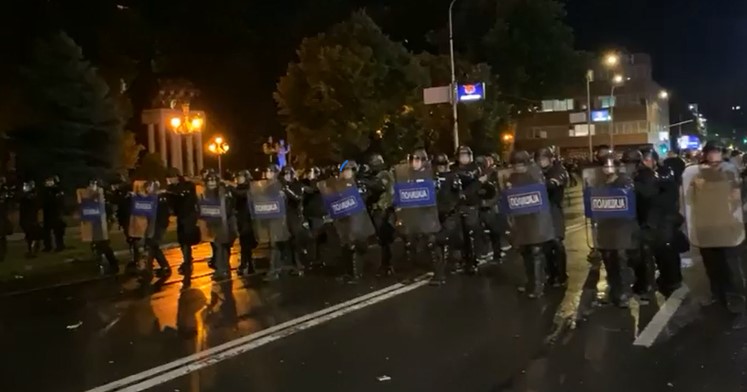 "The virgins, the masked ones and the Russians are setting our country on fire", wrote tonight on Facebook the governmental national coordinator for Open Balkans and for regional initiatives, Marjan Zabrcanec, reacting to tonight's incidents at the protest against the French proposal in front of the Assembly.

"No, these are not civil protests, these are acts of violence that have one goal: Macedonians suffer and do not move forward with the European modern world. Democrats, stand up, reject these black anti-Macedonian scenarios. "This government has shown and proven that the democratic vote is extremely important and that Macedonian identity red lines are never and will never be subject to negotiations," wrote Zabrchanec.