Misconceptions about the zodiac signs that everyone believes in 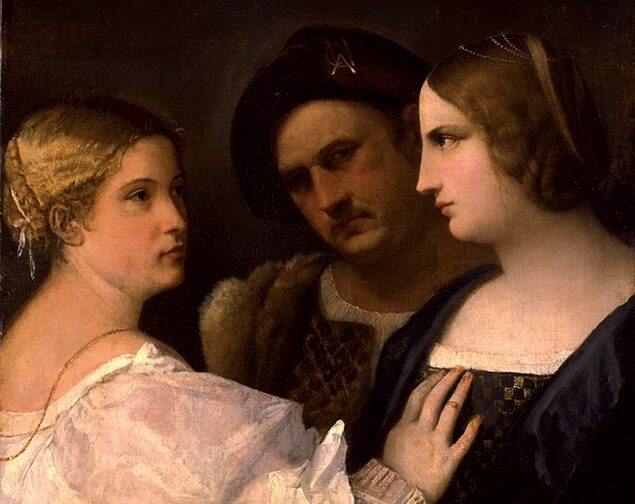 Here are the prejudices about the zodiac signs and the truth behind them:

Myth: Rams are loud, quarrelsome and people who do not cry for compromise. The environment perceives them as selfish and aggressive individuals whose desire for domination brings unrest into interpersonal relationships.

Truth: While it is true that they are not peaceful, this does not mean that they deliberately provoke quarrels. These strong people simply do not know how to constructively direct their vast energy, so they often attack others instead of devoting themselves to solving their problems. With the support of people who understand them, their sudden nature can be brought under control.

Myth: Taurus is often described as the greatest hedonist of the Zodiac. These people really enjoy food and drink and want a peaceful and comfortable life, and many consider them lazy.

Truth: Bulls work hard to afford the life they want. They are persistent and hardworking, so they think that sometimes they can treat themselves to good food or afford a day off. They complain about their passivity and avoidance of physical activity, but that does not mean that they are lazy, but only that they want to relax in the peace of their own home.

Myth: Twins are superficial and insecure people who can not be trusted. They quickly lose interest when something is not interesting to them. They are always looking for new experiences, which is why people feel that they can not be relied on.

Truth: These cheerful people have a bad reputation mostly because they have so many things in mind that they simply do not have to dedicate them all. They enjoy communicating and exchanging ideas, but quick language often puts them in awkward situations because they come up with something out of the ordinary.

Myth: Most people think that Cancers are sensitive and weak. They are tender and emotional, so they are easily hurt, so many consider them weak.

Truth: Cancers are fighters who are willing to make many sacrifices for those they love, and here lies their strength. They are able to subordinate their needs to the needs of others, which some may interpret as weak character or lack of willpower, but it takes a lot of strength and endurance.

Do not expect this from them: Zodiac signs that will never apologize to you

Myth: The lion is arrogant and full of himself, he is stubborn, narcissistic and has a pronounced ego.

Truth: They may be arrogant, but most Leos try to be the best at everything from birth. Their positive self-image is the result of hard work and effort, so you should not envy them, but respect them. Lions are actually very attached to close people.

Myth: People born in the sign of Virgo are withdrawn and shy weirdos who do not have many friends. The environment considers them too critical and agile and difficult for coexistence.

Truth: Virgos are perfectionists who just want everything to be perfect, and critics do not want to belittle anyone, they just help with useful advice. They are withdrawn because they are afraid of being judged by the environment and do not have self-confidence, but when they relax a little, their pleasant and intelligent nature, charm and wit come to the fore.

Myth: Libra is considered hypocritical and hypocritical. They complain that they are dishonest and have no opinion.

Truth: Libra are peaceful and benevolent beings who do not tolerate conflict and only want to live in harmony with the environment, which is why sometimes they favor others and do not say what they think. They are able to see every aspect of the story and are aware that nothing is black or white, so people find them insincere. But they should not take it for granted, for such behavior is well-intentioned.

Myth: It is common for these people to believe that they are dark and pessimistic people with a difficult character.

Truth: Scorpios do not want to share their thoughts and feelings with others, but in sexual intercourse they release all the brakes, which contributes to the establishment of intimacy.

Jupiter in Aries: You become omnipotent and full of enthusiasm!

Myth: Sagittarians are cheerful and optimistic people unburdened by problems. People often envy their carelessness and cheerfulness, so they take them lightly.

Truth: Those who criticize Sagittarius do not understand that optimism and cheerfulness are in fact their defense mechanism. Archers are not unrealistic and naive, they understand very well everything that happens around them, but when they find themselves in a crisis situation, instead of panicking and losing their nerves, they are armed with a smile and positive energy that helps them endure all troubles.

Myth: People born under this sign are often described as careerists obsessed with work and money, and often stingy.

Myth: Aquarius is an individual who wants to be special and different at all costs. The environment sees them as people they can not rely on because they are too busy with themselves.

Truth: Aquarius really wants to be different, but that's not something they decided on one day, but they are just that by nature. Sometimes they may seem absent and cold in their relationships with their surroundings, but that is because they do not want to be too attached to others for fear of losing their freedom and independence.

Myth: The environment thinks that fish are weak and run away from responsibility. It is widely believed that they have a weak character and are easy to manipulate.

Truth: Although many Pisces fit this description, it does not mean that they can be called lazy and without character. People born under this sign are so sensitive and tender that the burden of everyday life is often too much for them and that is why they find an escape from reality in food, drinks, tears or complicated relationships.

Zodiac signs that are hypocritical and pretend to care about others

Four "dangerous" dates in July for all zodiac signs: Do not start anything new on this day

Daily Horoscope for 4th of July: Clear the Clutter and Heed the Advice

Daily horoscope for July 3: You are dissatisfied with the development of the emotional situation

Big monthly horoscope for July: Great period for Cancers, Aries will have to be careful about finances

Daily horoscope for July 1: Bring liveliness to your love life