Over 1.200 policemen have been hired for tomorrow's protest of the Albanian opposition 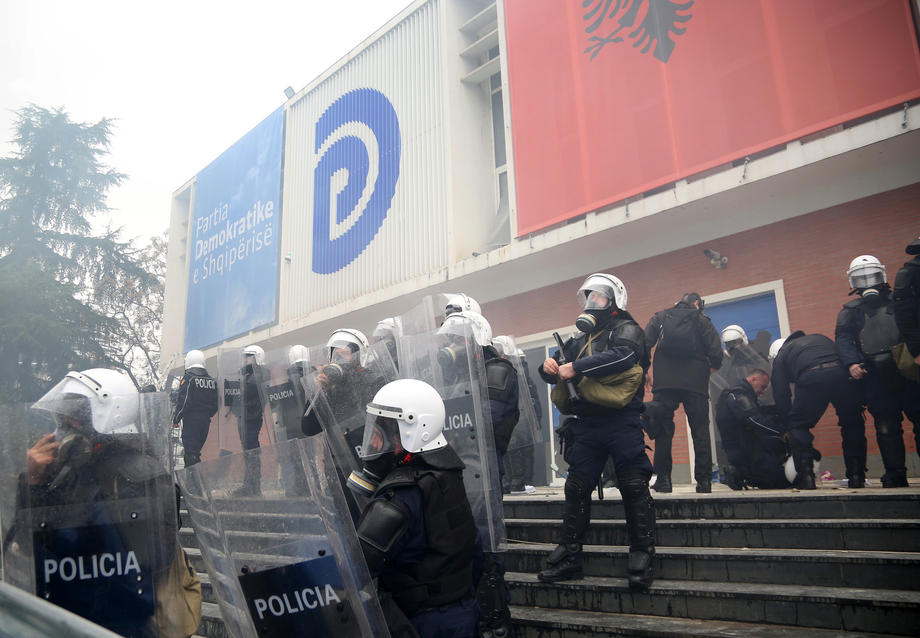 For the security of tomorrow's protest of the Albanian opposition, which is scheduled for 19:1.200 in front of the government building, more than XNUMX police officers will be hired.

They will be in cordons around the government and other state institutions, while members of the special unit "Shqiponja" and the one for rapid deployment will be positioned nearby.

More control groups will be stationed at the entrances to Tirana. Vehicles and passengers will be controlled not to carry firearms, hard objects and pyrotechnics.

Agents from the anti-terrorism department will also be engaged at the protest, who will monitor persons suspected of possible terrorist acts.

The entrance door of the government and the windows are covered with a plasticized sheet, in order to prevent the participants of the protest from entering the building.

Prime Minister Edi Rama will not be in the building. Earlier, he announced that he would be in Valona for a ceremony on the occasion of the completion of an infrastructure project.

The protest he is organizing Sali Berisha, supported by a part of the civil society, is held under the motto "Albania in danger - It doesn't say what will happen to me".