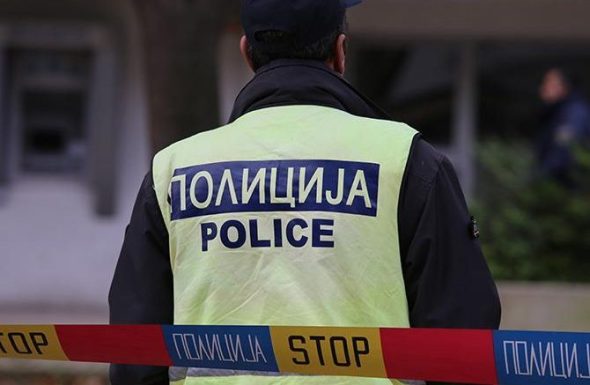 Fifteen people from Gostivar and surrounding villages were deprived of their freedom for two days because of their participation in a mass fight that happened on Wednesday evening on the street in Gostivar. Officers from the Gostivar Police Station, where the case is being cleared up, yesterday deprived nine more people. Some of them will face criminal charges for violence and incitement and will be handed over to the public prosecutor in the afternoon, informs the Ministry of Internal Affairs of Tetovo.

The reason for the fight were misunderstandings between the waiter and the guests regarding keeping order and serving in a fast food restaurant. Soon after, a larger group of relatives came in front of the building and an argument started. Thanks to the quick intervention of the police, a more serious incident was prevented. At the same time, a police officer fired a warning shot into the air.

The same evening, deprived of their liberty and taken to the police station were: B.A. (25) from Debreshe, D.A. (46) from Gjurgjevište, E.A. (27) and F.A. (53) from Toplica , 34-year-old R.M. from Gostivar and three minors from Debreshe and Gjurgjeviste. They have been found to have violated public order and peace with a physical confrontation in and in front of a catering establishment, which was also damaged during the confrontation.

#police #a fight #Gostivar
Share
Video of the day