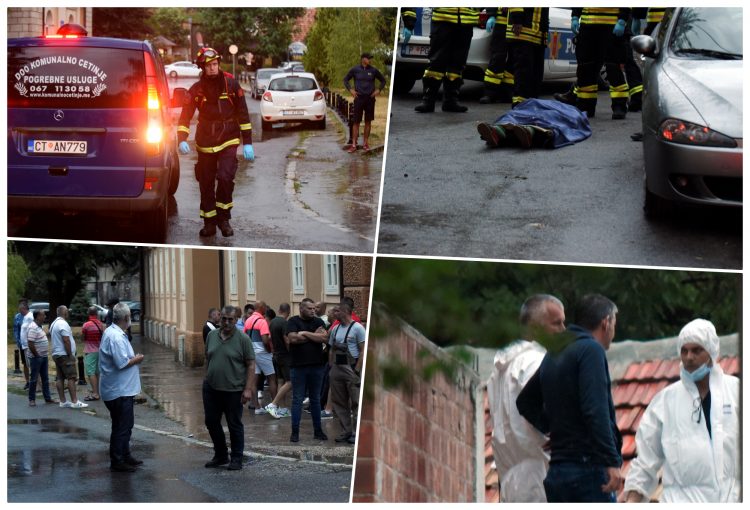 The reactions in the region do not subside after the gruesome massacre committed by the thirty-four-year-old Montenegrin. Vuk Borilovic from Cetinje who yesterday he killed ten fellow citizens and wounded six of them. During the bloody drama in which he also killed two minor children, Borilović randomly shot neighbors, emergency medical services, police officers and bystanders with a hunting rifle.

According to already now according to the official data, yesterday around 15:30 p.m. Borilović entered his rented apartment and immediately killed his tenants at the door, including the eleven-year-old М., then his three years younger brother, and right after them he shot her и their mother – Natasha Pajovic Martinovic through the window Serbian Nova.rs reports.

Once Borilovic he killed them the first persons, he he called their father and husband Milos Martinovic and said to him: "I killed your family and my family", say the interlocutors of Montenegrin "News" from the Police Administration.

According to the claims, he co the next 45 minutes on around 80 meters from his house "ceate death" during which he killed seven more people and wounded six.

The authorities explained that after the murder of Martinovic he headed and entered the neighbor's house where there he found them and later and killed the elderly fellow citizens Daniela and Dimitrije Dretsun and seriously wounded their nephew Alexander Dretsun (32). He also killed their son on the threshold of that house Rajko Dretsun (56), who ran towards the house when he heard a shot, writes Montenegrin Vijesti.

Borilovic right after that he also killed his neighbor Milan Mitrovic (37), and then his uncle Goran Djurisic (54), а as the media reports he walking down the street he killed them и the neighbors Alexandra (52) and Danijela Radunović (51).

Information in the media says that Borilovic, armed with two magazines and with a rifle in his hand, he turned towards his neighbor's house I.J. and afterhe shouted to go out.

Immediately after that, the thirty-four-year-old Montenegrin wounded four more neighbors including Slavica Zviter, Filip Djurkovic, Mileva Ramadanovic and Darinka Celebic, as well as the policeman Ljubisa Maksimovic, who was trying at that moment to overcome it.

The Clinical Center of Montenegro announced last night that the three injured were operated on and placed in the Intensive Care Department.

The Director of the Police Administration (UP), Zoran Brđanin, announced late last night that Borilović, according to the currently known circumstances, killed the first victims - Martinović, around 15:30 p.m.

"For now, it is not clear what made V.B. to commit such a heinous act, after which he took his own life. I emphasize that the circumstances of the entire event, including the taking of V.B.'s life, are still being determined. , and the public will be informed about all the details through the media. I also want to express the hope that we will never again witness such a tragedy in Montenegro," Brđanin said, adding that he expresses sympathizes horse the families of the victims and hopes that the injured will recover quickly and successfully.

The parties should be the first to shut up, hate speech is harmful

Court experts testified about the murder of Dennis Toth: The injury to the spinal cord was critical