Vuќi:: By removing license plates, Pristina violated all agreements on freedom of movement

The President of Serbia, Aleksandar Vuќi., Accused the Kosovo authorities that, by changing the license plates, they violated all agreements on freedom of movement and that they did so with the most brutal intrusion of their police in the north of Kosovo.

Vuќi рече said at the press conference that he is today "One of the most difficult days for the Serb people in Kosovo and Metohija "and stressed that the situation is very serious.

"It is difficult when you are dealing with people who are not responsible and whose only goal is how to expand power, or power, and not how to do something good for the citizens, and then it is very difficult to come up with rational solutions," he said. the Serbian president.

According to him, Belgrade and Pristina had two agreements, from 2011 and 2016, ie four agreements related to freedom of movement.

Vuќi изјави said that then the Kosovo authorities did what is not written anywhere.

"In a miraculous and magical way, they did something that is absolutely not written anywhere except in Kurti's head, so he invented a whole new rule that you can not read anywhere," Vucic accused.

Vuќi рече said that the problem with the license plates of Kosovska Mitrovica or Pristina is a problem for the vehicles with license plates from Vranje, and other cities in central Serbia.

He said that an ambulance vehicle with Vranje license plates was stopped today.

"They stopped and removed the plates because they did not like them," Vucic said
According to him, Belgrade knew last night that Pristina was planning to send its special forces to the north of Kosovo.

He added that this morning, after six o'clock, those forces were deployed in the north of Kosovo and that it was "the most brutal incursion with about 350 well-armed special forces with more than 20 armored vehicles, and with snipers". Vuќi рече said that the action was carried out unilaterally, without any agreement with anyone, except maybe with the support of their foreign mentors, accused the Serbian president 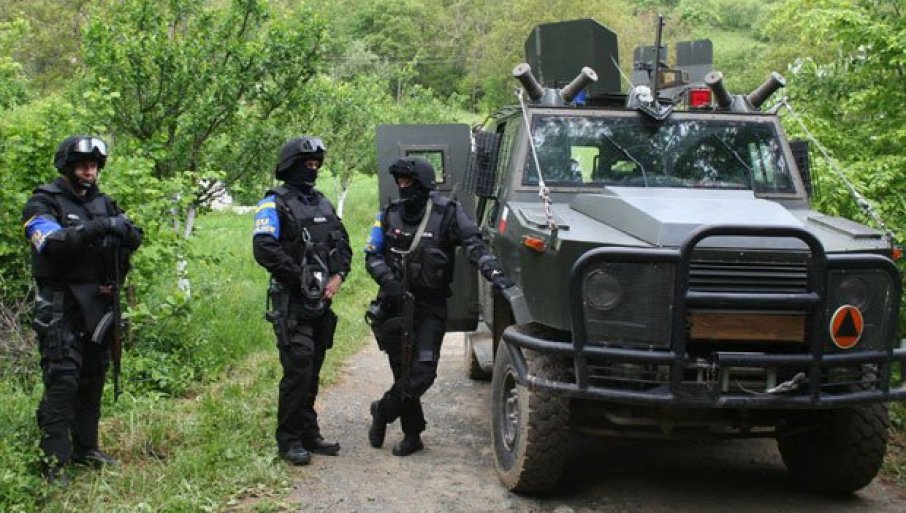 Vuќi, stressed today that he rejected all allegedly compromise proposals regarding the situation in Kosovo. According to him, he will not discuss it, but did not state when the proposals arrived or what was offered, Beta reported.

He added that Serbia's patience is not unlimited, that "everything can be done by force, but that the Serbs will not agree to those moves." 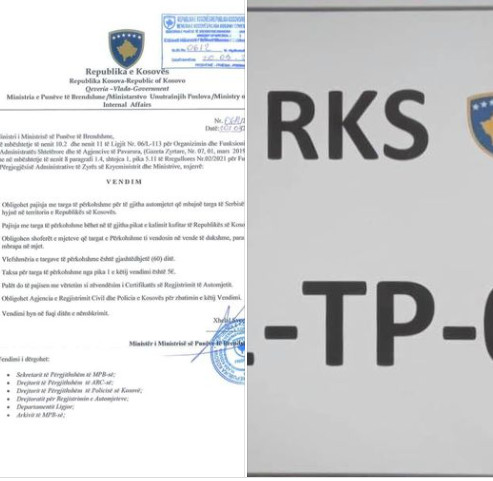 "If the property of Serbs in northern Kosovo continues to be endangered, we will call on KFOR and NATO to protect the lives and property of the Serb population, but we will not allow pogroms and persecution in 2004," Vucic said.