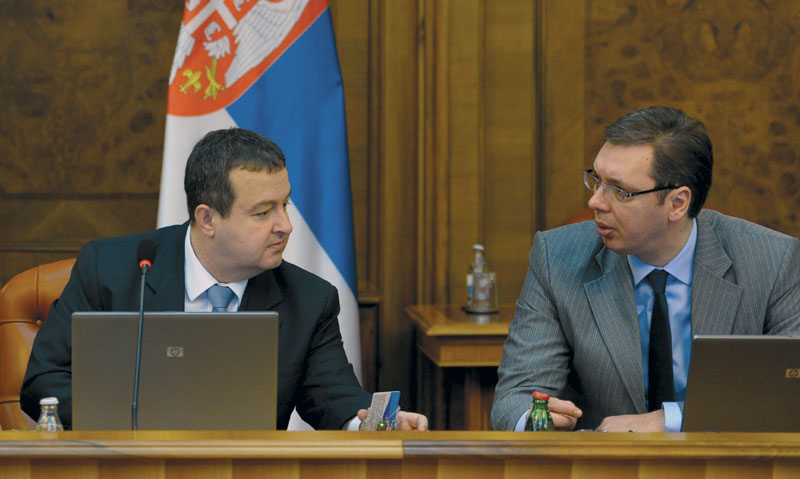 The Serbian Progressive Party and the Socialist Party of Serbia have started informal negotiations for a post-election coalition and the formation of a new government. As "Nova" learns, Aleksandar Vucic offered Ivica Dacic the position of Minister of Defense, but the SPS leader does not want him. Dacic wants to manage Serbian diplomacy.

According to the announcements of Aleksandar Vucic, the new Serbian government should be formed by the end of July at the latest. As things stand now, it is unlikely that it will happen as planned by Vucic, especially considering that the final results of the parliamentary elections were announced yesterday, and consultations with the leaders of the parties that entered the Parliament are yet to follow.

However, informal negotiations with the Socialists have begun. Ivica Dacic, the SPS leader who was the president of the Assembly of Serbia in the previous term, will probably return to the ranks of the Serbian government.
Analysts believe that it is unlikely that Dacic's wishes for the head of Serbian diplomacy will be fulfilled, taking into account the international circumstances and the insistence of the European Union and Western Serbia to impose sanctions on Russia due to its aggression against Ukraine. The SPS leader is considered a pro-Russian person, who has so far opposed those measures, stating that Serbia will harm personal interests in that way.

That is why it is being speculated that for the first time in many years, the new Serbian government may be elected without the Socialists, who traditionally have excellent relations with Moscow and, above all, with President Vladimir Putin.

Since the Serbian Progressive Party and Aleksnadar Vucic came to power, Dacic held several positions. From 2012 to 2014, he was prime minister, and in the first government of Aleksandar Vucic, he was minister of foreign affairs. He also held that position in the second government of Vucic.
After the boycott of the elections, he moved to the parliament and assumed the post of president of the Serbian Assembly.

Within the framework of the previous government, in the Government of Mirko Cvetkovic, Dacic held the position of Minister of Internal Affairs, and his Socialists had two ministerial portfolios, including the Ministry of Education and the Ministry without portfolio responsible for the development of the poor parts of Serbia.

It is not known whether the Socialists will increase the number of ministries in the new government, since in the previous elections they won 100.000 more votes than in 2020. The Serbian Assembly will have a total of 31 deputies.