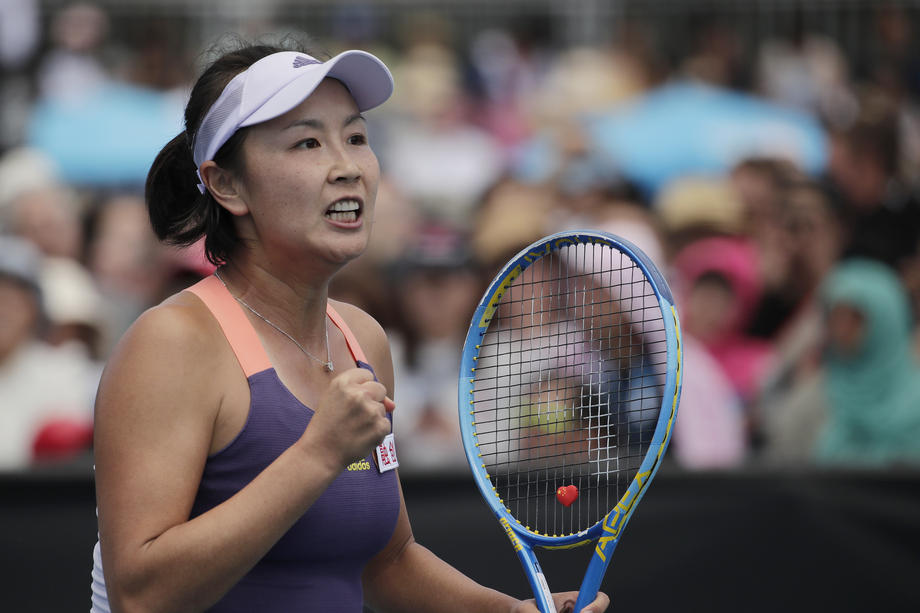 Shuai Peng accuses former Chinese deputy prime minister of rape and has not been seen in public since / photo: EPA-EFE / FRANCIS MALASIG

The Women's Tennis Association (WTA) has suspended all tennis tournaments in China over the case of tennis player Shuai Peng.

The tennis player last month accused former Chinese Deputy Prime Minister Zang Gaoli of sexual harassment, after which she literally disappeared from the public eye and only recently appeared at a youth tournament in Beijing.

"The rankings recognized the need for her message to be taken seriously. The tennis players who are part of the rankings, but also all the women in the world deserve attention. She showed how important it is to go public when it comes to sexual harassment, and especially when powerful people are involved in all of this.

Although we now know where Shuai Peng is, there are suspicions that she is unsafe and under censorship. If powerful men can silence the voices of women and push all the accusations under the rug, the foundations on which the rankings are built are seriously shaken. As a result, with the support of the WTA Board of Directors, I announce that all women's tournaments in China, including Hong Kong, have been suspended. I do not know how our tennis players can play in China if Shuai Peng can not communicate freely and is under pressure. I am also concerned about the possible risks if tournaments are held in China in 2022. I'm sorry we came to this because there are so many great people in China we have worked with all these years. I sincerely hope that our requests will be heard and the Chinese authorities will take the necessary steps on this issue - said the first man of the rankings, Steve Simon.

"With the full support of the WTA Board of Directors, I am announcing the immediate suspension of all WTA tournaments in China, including Hong Kong."

Bolt: The Beijing Games in 30 seconds changed my life

Ковиokovi.'S lawyer: No criminal charges have been filed against Novak

VIDEO: Nadal is the first finalist of the "Australian Open"