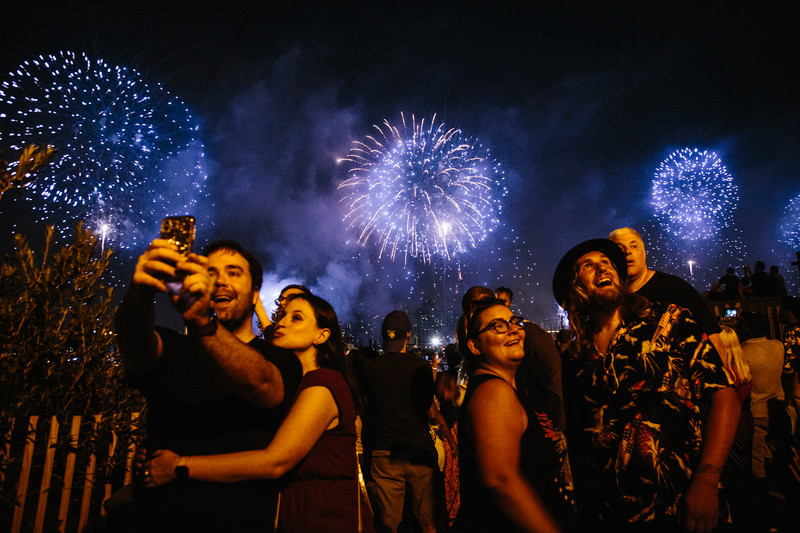 The American president Joe Biden и first lady jill today, on the most important holiday in the USA, the Fourth of July, they are hosting at the White House where they are preparing a barbecue for military families. On Capitol Hill at the concert tonight, the performance of "1812" by Tchaikovsky has not been canceled despite the Russian aggression against Ukraine

The Fourth of July is considered the most patriotic day in the United States when Americans gather with relatives and friends to celebrate with a barbecue or picnic. In communities, cities and counties, the day begins with parades and ends with fireworks.

The rehearsal for the main event today to mark the Independence Day of the United States, opened to the public for the first time after a two-year break due to the pandemic, was held in Washington yesterday. The celebration, which will be broadcast live on BBC, will feature a series of famous American acting, country and blues artists.

It is predicted that hundreds of thousands will come from all over America – everyone is waiting for the spectacular fireworks over the National Avenue which according to the city authorities will last for almost an hour.

Security is at its highest level, with police deployed throughout downtown streets from the Washington Monument to Capitol Hill. MIA's Washington correspondent last night had the opportunity to follow the rehearsal for tonight's concert and hear the sound of National Guard howitzers that are expected to signal the fireworks before sunset.

The cannons are actually part of the Washington Symphony Orchestra's performance of "1812" - a solemn overture, a concert by Tchaikovsky dedicated to Russia's victory in the war against Napoleon in the 19th century, an important event for Europe and America. This concert is traditionally performed on Independence Day, both in Washington and in many other state capitals.

Due to Russia's invasion of Ukraine, many countries protested and canceled the concert, citing that it is part of Russian culture, but the authorities in Washington decided not to change the tradition, so the cannons will ring.

Many are also looking forward to the short Broadway performance of "West Side Story", a classic love story with characters from the New York working class, and on the occasion of the 65th anniversary of the first Broadway show, announced last night at the rehearsal by the original actress of this play, Chita Rivera.

Independence Day celebrates the decision of the 13 original colonies to renounce British rule and form the United States of America.

Slavery against African Americans was then widely practiced in the colonies as the founders worked to gain their own independence from Britain.

What the colonists wanted only for themselves and apparently did not believe their slaves had a right to, even though the Declaration included this passage:

"We hold these truths to be self-evident, that all men are created equal, that their Creator has endowed them with certain unalienable rights, that among these are life, liberty, and the pursuit of happiness," the Declaration reads.