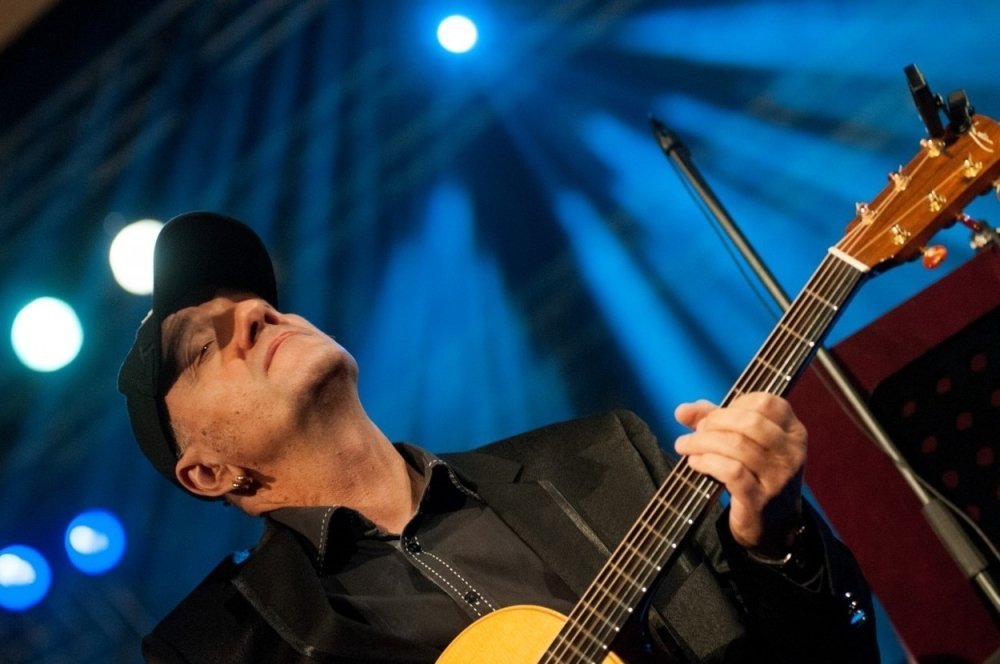 On sale is the new album "Greatest Hits Collection" by guitar virtuoso Vlatko Stefanovski - a collection composed of his greatest hits released by "Croatia Records".

A cross-section of the extremely successful solo career of one of the greatest guitarists in our region is already available at the "Greatest hits collection", published by "Croatia Records". The compilation opens with the theme "Cowboys & Indians" from the 1994 studio album of the same name, followed by "Kandilce" and "Sarajevo". The story chronologically continues with one of the biggest hits of Vlatko, the song "Gypsy Song", followed by the hits "Tin Dance", "Vlatkovo Dance" and "Deaf Age" from the acclaimed album "Vlatko Stefanovski Trio", announced "Croatia Records".

In addition to the above, the release includes songs from the albums "Tower of Cards", "Thunder From the Blue Sky" and "Seir", and an inevitable part of the legacy of Stefanovski are the songs "Bistra Voda" and "Uspavanka za Radmilu M." from the unforgettable acoustic album "Mother Tongue". The compilation ends with "Funky Junkie" and "Mirror" from the current studio edition "Taftalidze Shuffle".

- This selection of my biggest hits from my solo career comes at the initiative of Croatia Records and is part of their famous series The Greatest Hits Collection. Together we selected 17 songs that were on the CD, and double vinyl is expected in the spring. The selection is a cross-section of everything I did on my own from the Cowboys & Indians album in 1994 to Taftalidze Shuffle 2020. I think we made a good choice, which will remind fans of all the past 26 years, which can be an incentive for anyone who wants to go back to the songs and albums that came out in the last quarter century. If we have missed something, we leave the possibility for a next compilation, says Vlatko Stefanovski about this collection. The cover of the "Greatest Hits" compilation was designed by Ivo T. Montina, and it beautifies the photo of Stefan Reichl. There are also three concert photos of Zeljka Dimic in the inner cover.

"Vlatko's unsurpassed technique and unique sensibility were equally successful in ethno and rock, but also in blues, funk and jazz - genres that shaped his musical path and marked him as an artist, and the compilation itself, which contains 17 songs, will forever remind "of his songwriting skills and exceptional virtuosity," the statement said.