In an effort to reduce traffic congestion, odd-numbered driving introduced in central Athens 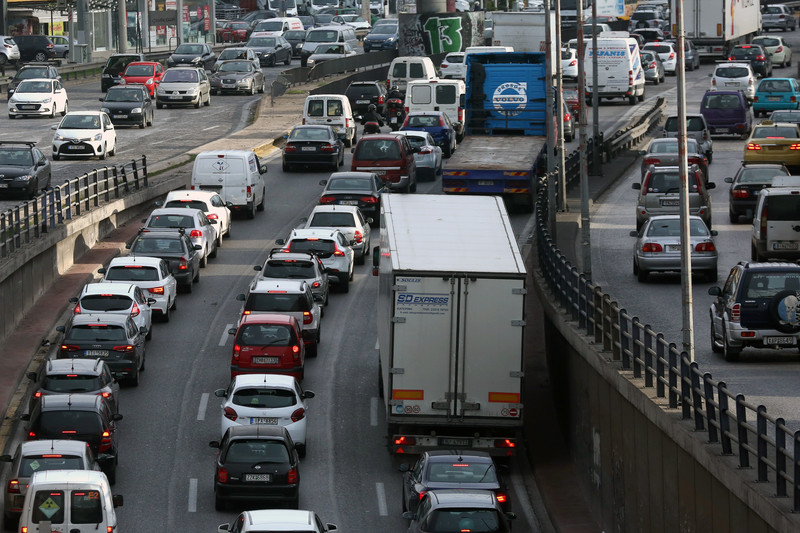 After a break of almost two years, from this morning in the center of Athens the traffic restrictions were returned, ie the measure even-odd for the vehicles is re-introduced in order to reduce the traffic congestion, said the MIA correspondent from Athens.

Vehicles with license plates ending in even numbers can enter the specifically defined downtown area only on even days of the month, while those ending in odd numbers can only enter on odd days.

Exceptions to the measure are for electric, hybrid and natural gas vehicles, for EURO 6 cars that emit less than 120 grams per kilometer of carbon dioxide, for cars of state services, as well as for foreign diplomatic missions in Greece, for cars with foreign license plates, for the permanent residents of the center of Athens, as well as for representatives of the media, political parties, etc., but in limited numbers.

The measure came into force today, and will be valid until July 22, 2022, from Monday to Thursday from 7 to 20 hours and on Friday from 7 to 15 hours, while for violation, a fine of 100 euros is provided.

After almost all restrictions imposed by the pandemic were lifted in Greece, downtown Athens faced heavy traffic congestion, probably because citizens chose to use cars to avoid public transport.

Rama: Albania and Kosovo will unite, but I do not know when

Due to the new strain, Greece introduces new measures for travelers from South Africa

Aleksic: Although they will not be fair, we are going to the polls

Poll: 66% of Greeks support vaccination to be mandatory for certain categories

Escobar: BiH has a corruption problem, not an ethnic one

Following the Struma highway tragedy, Bulgarian prosecutors are inspecting all roads in the country