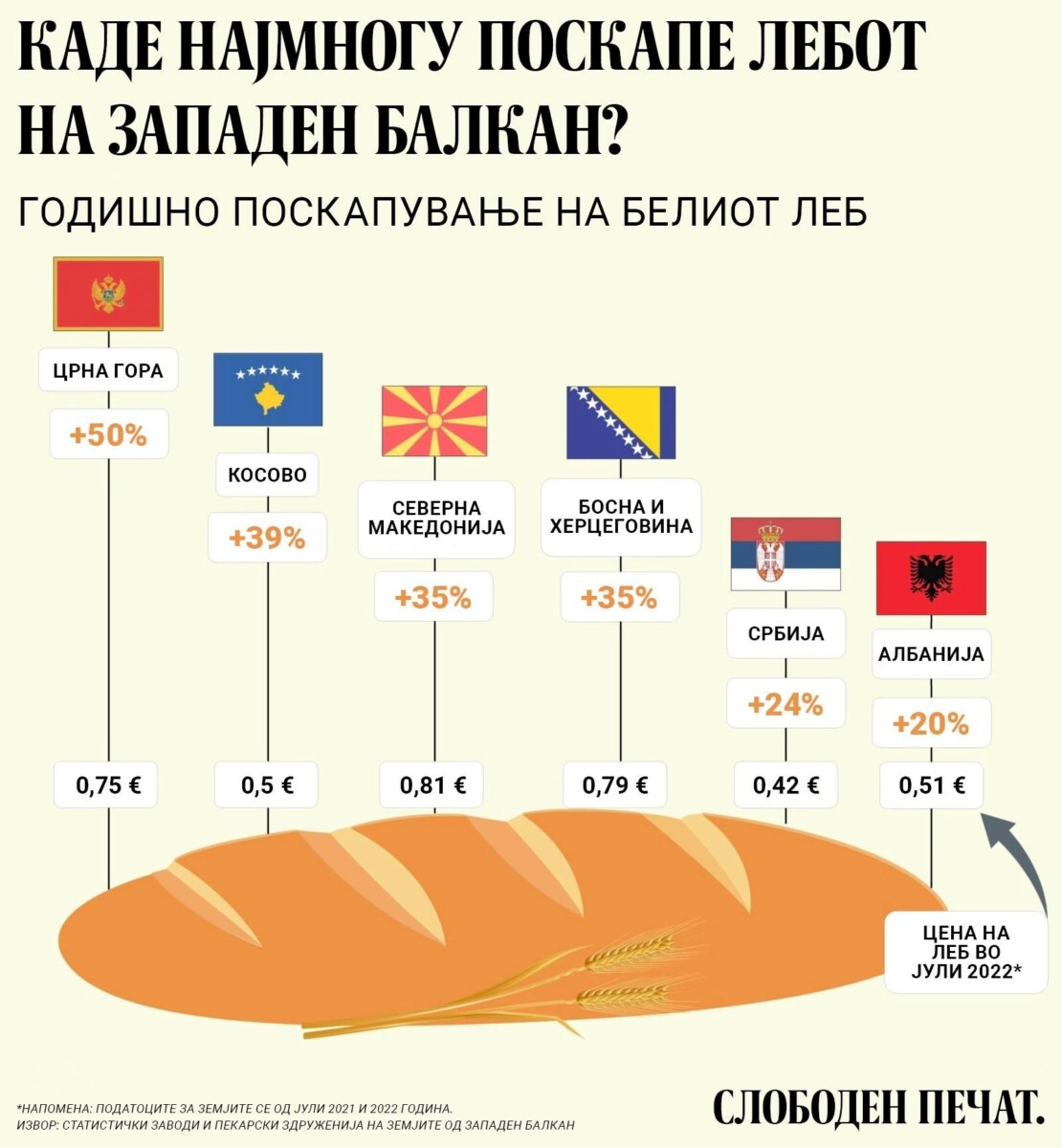 The increase in the price of bread is the latest problem facing the citizens, not only in Macedonia, but also in the other countries of the Western Balkans.

In relation to the countries of the Western Balkans, Albania is the country in which the price of bread has risen the least, while in Montenegro the price of this main food product has doubled, reports Radio Free Europe.

In Bosnia and Herzegovina, this product costs 0,79 euros (49.05 MKD), which is 35 percent more compared to last year.

The same percentage price increase is also in our country, where there is no longer a "normal" size of wheat bread under 45 denars in stores. In Kosovo, this basic food has become more expensive by 39 percent, and citizens can get it for half a euro.